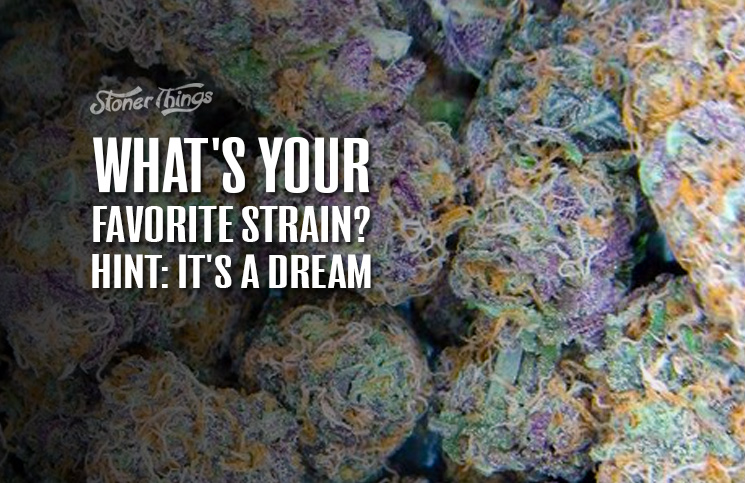 Blue Dream is the strain of choice for potheads in Washington and Colorado, according to a report released in February. 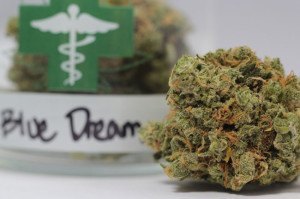 BDS Analytics reported that Blue Dream was the best-selling cannabis strain in both states in 2015. A sativa-dominant cross of indica Blueberry and sativa Haze, Blue Dream is especially beloved on the West Coast.

BDS collects information about sales of both recreational and medical marijuana in Washington and Colorado. The data come from participating dispensaries and include more than 20 million individual sales in the United States.

Blue Dream tops the list at least in part because of smart marketing, said Roy Bingham, the firm’s founder and CEO. Since legalization took effect in both states, budtenders have pushed the strain hard, Bingham said.

“We have literally thousands of strains in our database, and Blue Dream is No. 1 in both Washington and Colorado,” he said. “There’s clearly marketing around individual strains, and budtenders point consumers in the direction of a particular product. I imagine that soon there will be less opinion and more science around that.”

In other words, Blue Dream may not hold the top spot for long, as research determines how specific strains work as recreation and medicine. But the branding push isn’t limited to the legal market. The strain has long been a favorite on the black market as well. 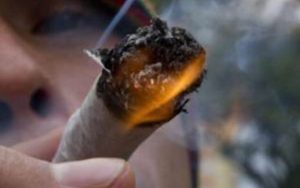 It originated in California and is still very popular there. But it has long since spread to every other corner of the country, and it is sought-after even in places where customers have little choice in the strains they buy.

“We’re now seeing the emergence of branded products in Colorado,” he said. “People are packaging products similarly to any consumer product you’d get on the shelves at CVS or Walgreens. That started with ingestibles, and now it’s also the case with concentrates, as opposed to flower that is weighed in front of you by a budtender in the same way you would buy bulk in a health food store.”

And it isn’t just Blue Dream. The BDS list includes many famed strains, from Durban Poison and Sour Diesel to Grape Ape and Headband. With the exception of Sour Diesel and Blue Dream, the lists are completely different.

As Bingham notes, this probably has less to do with the actual qualities of these strains than it does with advertising and packaging. Budtenders are likely pushing regional favorites in these places.

Of course, legal marijuana accounts for only a small fraction of the cannabis market in America. The vast majority of pot is bought on the black market, where it is impossible to determine which strains are most popular.

But it’s a safe bet every strain on the BDS list has made the rounds on the illegal cannabis market many times. And there’s a very good chance Blue Dream would top that list, too. 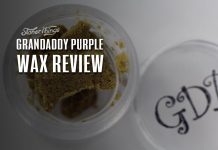