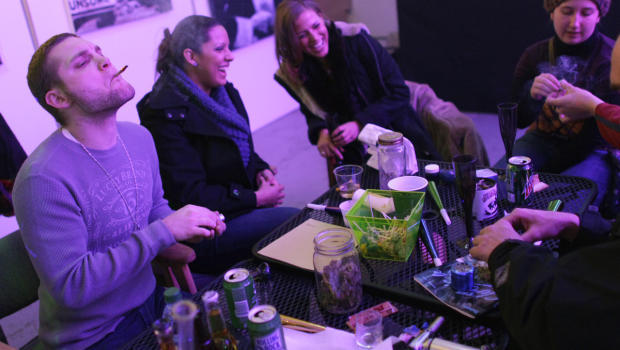 Voters in Colorado still love legal weed, but with a caveat: They want it kept private.

While most voters support members-only cannabis clubs, they oppose weed consumption in traditional bars and restaurants that serve alcohol, according to a new Quinnipiac University poll. 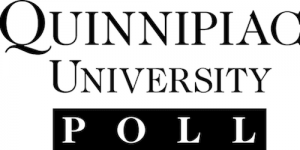 The survey found 65 percent of voters want to keep pot out of bars and restaurants, while 66 percent said they favor private clubs where members can smoke marijuana. A surprising number, 63 percent, said they oppose cannabis use at entertainment venues.

“Coloradans are still good to go on marijuana for recreational use in private settings, but as far as letting the good times roll in bars and clubs where alcohol is served, voters say don’t smoke ‘em if you’ve got ‘em,” Tim Malloy, assistant director of the poll, said in a statement.

Clubs Allowed in Some Places, Not in Others

Authorities have taken conflicting positions on cannabis clubs. In Nederland, officials approved the first legal club in the state. But in Denver police recently carried out the first raid against a marijuana club (others remain in business).

Officials there take the position that cannabis clubs are prohibited under state law. When Colorado voters legalized pot in 2012, the new law banned “open and public” toking. Officials in Denver insist the private clubs are really public, and subject to smoking bans.

Marijuana proponents argue the clubs are legal because they don’t sell the drug – members must bring their own. And all customers must join the clubs and pay membership fees. 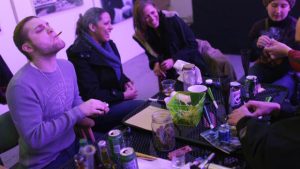 In the poll, less than 30 percent of voters said they oppose the private clubs.

And business is booming. A recent report found that demand for weed is much higher than officials originally predicted. Pot shops have generated about $90 million in revenue since January.

Weed is also legal in Washington State, but shops opened there in early July, so it’s not year clear whether private clubs will be tolerated. Medical marijuana in Washington is less heavily regulated than it is in Colorado, so it may be easier for clubs to fly under the radar.