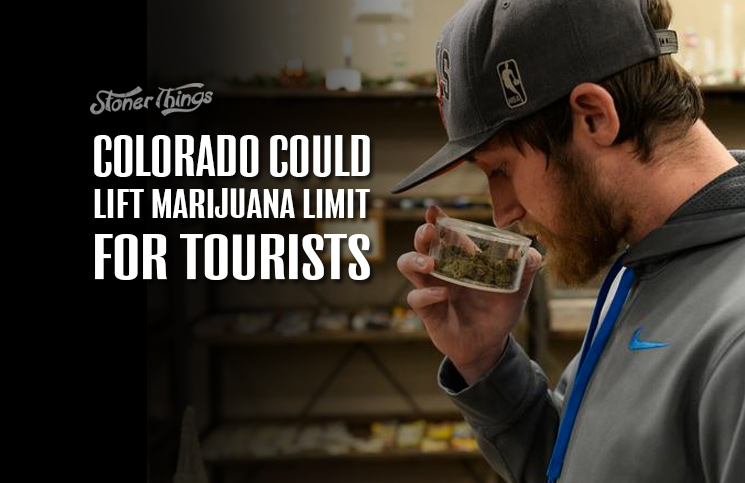 Legal marijuana is plentiful and easy for Colorado residents to buy, but the same is less true for out-of-state visitors. That could soon change. 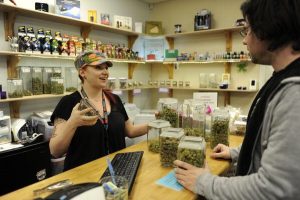 When voters passed legalization in 2012, they imposed a purchase and possession limit of one ounce on state residents. Tourists, on the other hand, got a much lower cap: a quarter ounce, roughly 7.5 grams. But a bill now making its way through the state Legislature could lift that cannabis limit and bring it in line with the cap on residents.

The legislation would completely repeal Colorado’s limit on out-of-state purchases at the state’s many legal pot shops. Colorado is the only state with legal pot that imposes such a limit on tourists. The cap applies only to the purchases on a single day, but still prevents visitors from buying as much as they may need.

Tourists limited to purchase of a quarter-ounce

The limits were formally crafted in 2013, when legalization took effect. Recreational pot shops didn’t open for business until January 2014, at which point tourists were limited to a quarter ounce.

It remains fairly easy to circumvent the rule: Shops don’t keep any kind of linked database, so visitors can simply drive from business to business, buying up to an ounce in a day – or even more if they’re willing to break the cap on resident purchases and risk arrest.

But regulators say the biggest problem with diversion has nothing to do with tourist purchases. Instead, they worry illegal cannabis growers are diverting large amounts of their product to states where the drug is banned. The Colorado Marijuana Enforcement Division, the chief regulator of marijuana stores there, has yet to cite a retailer for selling more than a quarter ounce to an out-of-stater.

Inconsistent limits between bud and other cannabis forms could cause confusion 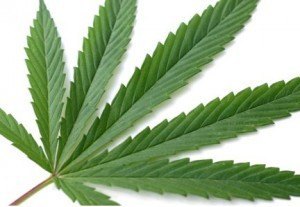 Still, industry insiders worry increased purchase and possession limits on traditional smoked marijuana versus hash oil and edibles could get make their businesses more difficult. The state has no system for tracking cannabis sales, and the difference in limits between flower bud and other forms of cannabis – including topicals, tinctures, and oils – could lead to widespread confusion.

“We’d have to hire math professors to work in the dispensaries,” said Mark Slaugh, head of the Colorado Cannabis Business Alliance.

Colorado is the only state with such tight caps on tourist marijuana purchases. Washington allows visitors to buy the same amounts as residents, as do Oregon and the District of Columbia. Alaska is still drafting its regulations, but tourists will likely be allowed to buy similar amounts there.

The legislation in Colorado comes as part of a routine renewal of those rules. Those comprehensive changes have passed the state House and should soon win approval in the Senate; the legislation has already passed a key committee in that legislative body.