Patients with post-traumatic stress disorder will not be allowed to treat their conditions using Colorado’s medical marijuana program.

The state Board of Health voted 6-2 in July to reject PTSD as a legitimate medical disorder under the medicinal weed system. The decision came after hours of emotional testimony from scientists, military veterans, and other PTSD sufferers.

Board members said there isn’t enough scientific evidence to support adding PTSD to the list of approved conditions. The eight disorders currently on that list include HIV/AIDS, cancer, and multiple sclerosis.

Had the proposal passed, it would have marked the first time Colorado officials added a new disease since MMJ was enacted statewide in 2000. Efforts to put PTSD on the list have failed twice in the past.

“We’ve let down our veterans today, and [board members] should be ashamed,” said Sean Azzariti, an Iraq veteran and marijuana advocate. “I really believed that this year it would pass, especially since it only failed by one vote last year. It’s truly a sad day in Colorado.”

Weed is legal for any use in Colorado, so PTSD patients can still buy the drug at retail pot shops. But they won’t get the sizeable tax breaks and discounts given to medical users, which could make it hard for many patients to obtain enough cannabis. There are also tighter possession limits for recreational marijuana.

Nine states now allow pot treatment for PTSD. Recent studies suggest the drug can be very helpful in treating symptoms, but the science is somewhat contradictory.

The vote in Colorado came as a surprise to many, as Dr. Larry Wolk, the state’s chief medical examiner, recommended board members pass the proposal. Wolk, who opposed the idea last year, changed his mind when it became clear that many PTSD patients already have access to MMJ for chronic pain.

Vets are suffering without MMJ 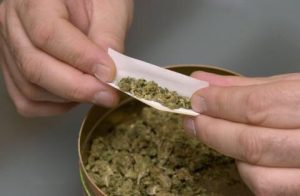 “We don’t want people to suffer as a result of not being able to access [the medical weed program] honestly,” Walk said when he announced his support.

Coverage for PTSD is especially important for veterans, Azzariti said. Access to marijuana could save lives, he said.

“We have countless vets killing themselves with prescription cocktails, and having safe access to cannabis could help save them,” Azzariti said.

“The most common symptoms that vets turn to conventional meds for are sleep problems, nightmares, chronic anxiety, intrusive memories (‘flashbacks’), chronic anxiety including social situations and other places, irritability, depressed mood, and pain,” said Dr. Deborah Gilmarn, who recently retired after 22 years at the Veterans Administration. “Pain can be related to combat wounds or not. In my opinion, all of them could be benefited to some degree by various properties in marijuana. Marijuana is useful for pain as well as for psychiatric problems.”