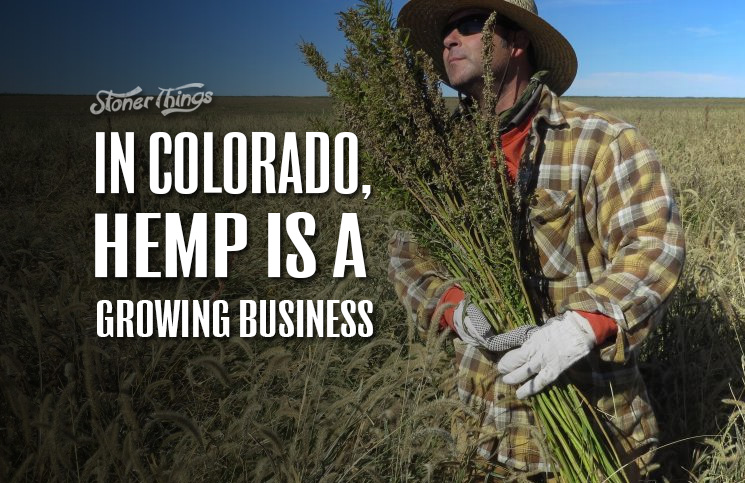 Hemp is one of the most useful plants known to humanity, yet it exists almost entirely within the shadow of its close relative, marijuana. Hemp, after all, doesn’t get you high if you smoke it. Marijuana does. 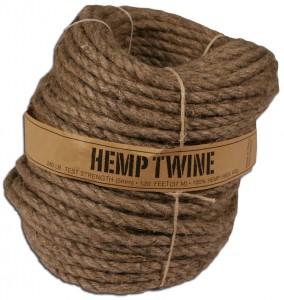 But that image is starting to change, at least in Colorado. There, hemp is poised to launch a revolution in industry, agriculture, and retail cannabis. The driving forces: profit and industrial need.

Colorado voters legalized the marijuana plant in 2012, as did voters in Washington State. Oregon and Alaska joined them in 2014, along with the District of Columbia. It is now legal to grow any part of the plant, including hemp, in these places.

Hemp is a tough, fibrous material found in the stalk of the cannabis plant. It’s low in THC yet often contains high levels of other cannabinoids that make it beneficial as medicine. But hemp is best known for its use in making rope, paper, fabric, and other tough materials.

Cannabis remains illegal under federal law and in most states, though many allow it for medical purposes. This means hemp is also illegal, even though it’s non-intoxicating.

But because marijuana is legal in Colorado, hemp is also legal. It still can’t leave the state, as that would amount to interstate trafficking under federal law, but it’s making a comeback despite that limitation.

The Colorado hemp industry is already trying to stake a national claim. The Rocky Mountain Hemp Association recently changed its name to the National Hemp Association. And in terms of planted crops, Colorado already has a leg up on other states.

Still, the material is likely to start appearing in Washington, Oregon, and elsewhere. Other states will join the crowd in coming years, meaning the hemp industry could spread much farther.

“Hemp is currently a $620 million industry in the U.S.,” said Zev Paiss, executive director of the National Hemp Association. “Hemp can create tens of thousands of American jobs if businesses can grow, process and source their hemp in the U.S.”

One of those businesses grows hemp plants on 132 acres east of Pueblo, Col. Tens of thousands of stalks are grown there, all bred for their superior fibers. Alex Korybut, the executive who runs the farm, said his company plans to open a large processing plants with 30 new jobs. Korybut said he aims to make Pueblo “a center of activity” for hemp production.

Even so, he said, the market is so young some growers have opted not to deal directly with customers yet.

“We’ve been reluctant to pull the trigger on customer contracts,” Korybut said. “For serious customers, they need to make sure that we have quality, quantity, and consistency.”

The market for hemp is wide open and growing, but it could take a while for the industry to get its legs, said Duane Sinning, a regulator who oversees hemp licensing and other issues for the Colorado Department of Agriculture.

“Quit thinking of yourself as special,” Sinning said. “As soon as you consider yourself mainstream, then that’s the start of an industry.”