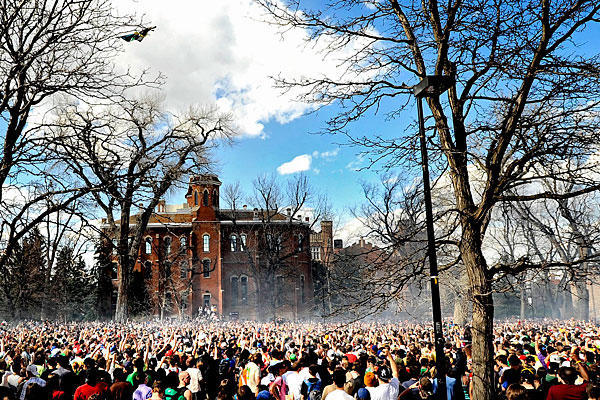 College applications in Colorado have spiked dramatically since the state legalized marijuana in 2012. But school officials insist the two have nothing to do with each other.

The University of Colorado, for example, saw a 30 percent increase in applications since 2012, when voters passed Amendment 64 and made weed legal for adults over 21. The number has jumped 81 percent over the last five years at the University of Denver, with the increase continuing after legalization. 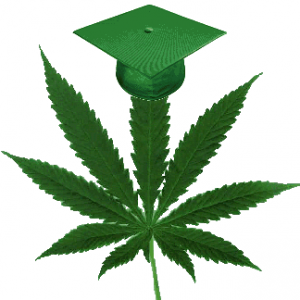 Applications are up at other schools across the state as well. But while young people are certainly more interested in weed than they were in the past, officials with the various schools said they don’t think students are basing major educational decisions on whether they can legally toke.

“I have a hard time believing that someone is going to make that kind of significant decision about investing in their education based on whether they can smoke marijuana in the state,” said Mike Hooker, spokesman for Colorado State University in Fort Collins. “There may be some water cooler talk about what effect Amendment 64 might have, but we believe there are more significant factors that drive enrollment decisions.”

Among them, the schools say, are stronger recruitment drives at high schools nationwide, as well as admission trends that started before Coloradans voted to legalize.

“This year is no different, so there is no evidence that our increase (is tied) to Amendment 64,” said Mark Hatch, vice president for enrollment at Colorado College in Colorado Springs.

Not everyone is so sure weed has nothing to do with the rise in applications, though. Students and cannabis proponents said legal pot could be an attraction for many applicants.

“I don’t know that students would apply here solely because of the new law, but if they were choosing between two comparable schools, I could see them choosing University of Colorado because of that,” said Kathryn Krempaski, 21, a senior.

Young people pay a lot of attention to where they can smoke dope without a hassle. According to a recent poll, youths watch news about marijuana more closely than news about Obamacare, Ukraine or gay marriage.

“Some of the kids I’ve talked to back home think it’s a big deal, like ‘Oh, my God, you can smoke legally,’” said Kate Brickley, 22, a senior at the University of Colorado.

Of course, students have long picked colleges for their party-school reputations, so it’s hardly a stretch to imagine prospects looking toward states where weed is legal – though many more students drink than smoke.

Still, undergrads who come to Colorado looking to smoke up may be disappointed. The state’s marijuana law bars anyone under the age of 21 from buying, possessing or using pot. Besides, every college and university in the state bars weed on campus.

So even if students are old enough and can find the stuff (many towns have local bans on retail sales), they can’t smoke it at school anyway. It’s not a caution colleges are likely to put in recruiting brochures, but it’s worth considering.