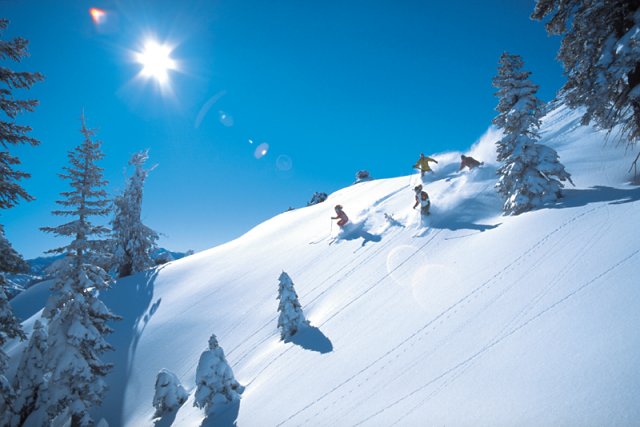 Snow bunnies will still have to do their puffing behind a tree.

Ski resorts in Colorado have made it clear they have no intention of allowing marijuana use on the slopes, or anywhere else on resort grounds. The policy may not sit well with tokers who thought things had changed when voters legalized pot last year, but it’s in line with the resorts’ past approach to weed.

“There’s still prohibitions on smoking it in public, and that would include every bit of the ski area, top to bottom,” said Steve Hurlbert, spokesman for the Winter Park Resort. 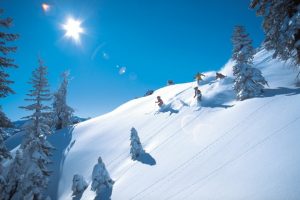 All areas at Colorado ski resorts are considered public, and all Colorado marijuana use in public is barred by Amendment 64, the public initiative that made weed legal. Not only that, but many resorts overlap federal Forest Service land, where all smoking and marijuana possession is illegal.

The confusion may arise in part because of the position some of the nearby resort towns have taken on retail weed. Many of those towns, among the most free-wheeling in Colorado, have opened their doors wide to the coming wave of pot shops. This libertarian attitude could understandably give skiers the impression cannabis is acceptable everywhere.

“We’ve realized there is probably some confusion out there regarding this amendment, so we’re actually going to great lengths to help inform our guests about this,” Biebl said.

Vail, like other towns, is distributing signs, posters and handouts that explain the rules and resort policies. Some resorts are using the Internet.

So far, consequences for skiers caught toking on resort grounds have been minimal in most places. John Sellers, marketing director for Loveland resort, said it’s unlikely his resort would pull passes or press charges as long as people obey instructions to stop using.

“If someone is consistently breaking the law or refuses to comply with the law then, I think, the enforcement is going to escalate,” Sellers said.

Voters approved Amendment 64 in November 2012, making Colorado one of the first two states – along with Washington – to legalize recreational weed. Since then, many localities across the state have enacted bans and moratoriums on the pot shops allowed by the new law.

But most resort towns have accepted cannabis businesses with open arms. Telluride expects three shops downtown soon. Breckenridge will allow them, though they’ll be moved from downtown, where the town’s only medical dispensary now operates, to a less central location.

Other resort communities are following suit. Vail is the major exception. Medical marijuana dispensaries are banned there, and the town has imposed a moratorium on recreational shops through December – a ban that could be made permanent.