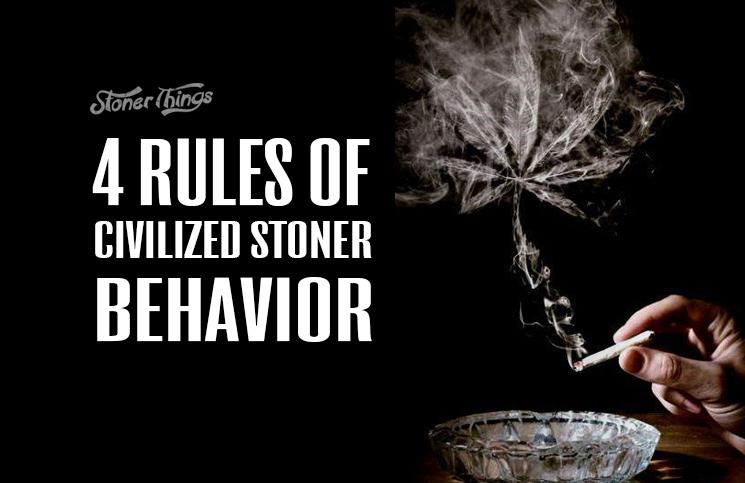 No one wants to be the ape of any group. Coming off as an oafish, ill-mannered lout is a bad thing under any circumstances, but especially among stoners, who aren’t exactly the world’s most trusting people. Cross a line with these folks and you’re likely to find yourself cast from the circle forever.

Not that potheads aren’t a forgiving lot – if your sins are small. But anything in the range of a house fire or a thumb on the scale could be grounds for eviction. So here are four ways to avoid embarrassment and even exile. As always, mind your manners. 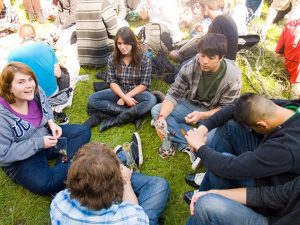 Nobody expects you to give away weed like some kind of charity. Any friend who depends on you for free drugs is not by any definition a real friend. Even your bestie should fork over a few bucks to cover his or her end.

That said, it’s no better to be a miser than a mark. In many countries, it’s considered rude not to offer a guest a cup of tea. You should follow this rule with weed, assuming your guests toke. Feel free to withdraw the courtesy if they never respond in kind, but above all, don’t hoard your stash when it counts.

Obvious as it may seem, you should never lift cannabis from a friend or anyone else, anywhere, ever. It’s simply bad behavior, and it’s likely to get you found out. People tend to notice when their drug supply gets light for no apparent reason. Plus, it’s probably obvious you’re the one with access.

So unless you want to spend every last puff of your life in quiet loneliness, don’t put your hands on that which doesn’t belong to you. And remember: It may be nothing more than pot, but it’s still a drug, and messing with a person’s drugs is never a good idea. 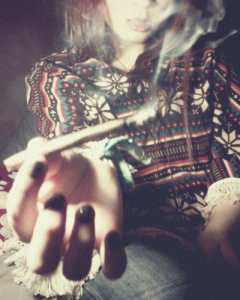 Regardless of which chemicals you like to use, you’re always responsible for your behavior. Try getting out of a DUI by arguing you couldn’t help it because you were drunk, and see how far that gets you. So even stoned, you shouldn’t act like you’re drunk. Hell, even drunk you shouldn’t act that way.

In other words, no fires, no dangerous stunts, no broken glass, and no property damage. Treat a high-class stoners’ house party like a frat kegger and you may learn a valuable lesson about friendship and abandonment.

Thankfully, the dangers of the black market are receding in an increasing number of places. Within a decade or two, they may cease to exist entirely. But many people still live in states where marijuana is illegal, and the rules of polite stoner behavior demand discretion in these parts.

That means you shouldn’t bring untrustworthy people into your cannabis circle. Stoners are an open-hearted bunch, for the most part, and willing to accept new people. But there are limits. Keep new people away from your dealer unless he says it’s OK. Don’t pressure your friends to sell to someone they don’t know. Above all, if you want to keep your smoking buddies, stay away from people you don’t trust yourself.

Obey these simple guidelines and you’ll be fine in any room full of potheads. Break them and you could stop any party cold. Be good out there!