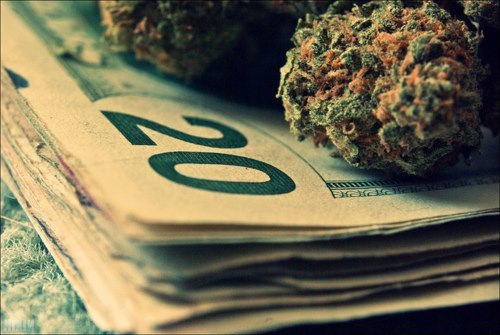 The price of pot varies widely in the United States. An ounce of dank that costs $210 in one state could be sold for more than $400 somewhere else. 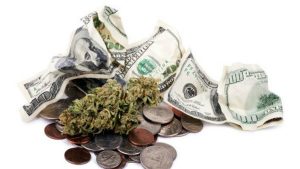 The primary factors in the price of marijuana are, as always, supply and demand. Users in a state like California can easily buy weed for less than $250 because the state has so much of the stuff, while cannabis costs much more in places with limited supply and strong demand.

According to priceofweed.com, which measures prices across the country, Oregon is the cheapest place to buy pot in America. An ounce of high quality grass runs about $208 on average.

British Columbia, though, may be one of the cheapest places to buy cannabis anywhere in North America. An good ounce there costs just $189. On the other side of the continent, meanwhile, an ounce of quality bud in Canada’s remote Nunavut Territory costs a staggering $773.

The most expensive place to find weed in the United States is North Dakota, where an ounce of high-quality marijuana costs more than $400 on average.

These figures can be somewhat misleading. They’re averages, and they’re based on relatively scant input from visitors. In other words, a single sucker who pays $600 for an ounce can drive up the average price in his state.

Washington and Colorado, the two states that have legalized pot, follow Oregon as the cheapest places for cannabis in the country. A high-quality ounce averages $233 in Washington and $238 in Colorado. In California, an ounce of dank sells for $245, the lowest price after Colorado.

The West is by far the least expensive part of the country to buy cannabis. A good ounce costs less than $300 in Nevada, Idaho, Utah, Montana, and New Mexico, as well as Michigan, which is a major point of entry for Canadian bud.

Every other state east of the Rockies has relatively high prices, at least $300, with especially high prices in the Upper Midwest and Deep South. Only North Dakota has an average price above $400. But weed is expensive in other states, including Vermont, where a good ounce costs $374, and South Dakota, where the same ounce would sell for $378. 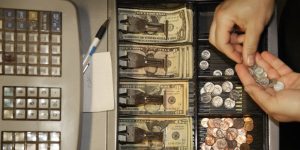 Not surprisingly, weed is much cheaper on average in Canada, though prices vary from province to province. British Columbia, where much of the continent’s pot is grown, is cheapest while Prince Edward Island is close behind. Medical marijuana is legal throughout the country.

Prices may be much lower in Mexico, but priceofweed.com doesn’t track that information. Its estimates are based on reports filed by individual customers.

It looks as though weed is cheapest in states where it’s easiest to get and most socially acceptable. But that isn’t always the case. Idaho and Utah both have stringent cannabis bans but also some of the cheapest prices. And many culturally liberal states on the East Coast have more expensive pot.