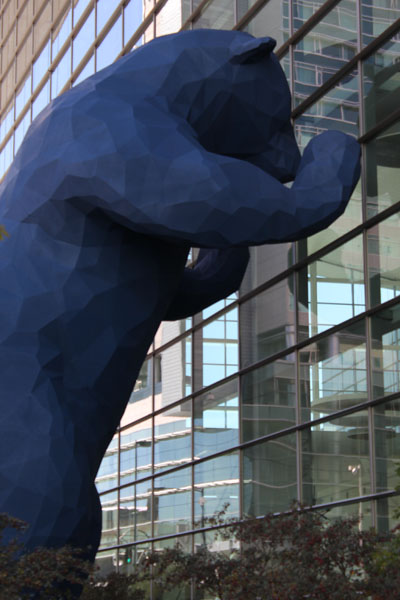 This wasn’t the first time Stoner Things has ever gone to a marijuana event.

But Champs touts itself as “The Premier Counterculture Expo,” so the Denver show had a lot of impressing to do.

We flew to Denver on Tuesday morning. The show had begun early in the AM so we were ready to hurry from the airport and head right to the Denver Convention Center. Right from the start we were greeted with beautiful weather that would last all week.

Colorado has fresh, clean air, so it seemed only right to go to a convention centered around smoking. The convention center itself was smoke-free, but right outside the entrance was a convenient smoking area.

And right away we knew we were in the right place. There were people smoking pot, people dabbing from all sorts of pipes, right there in the middle of downtown Denver. You couldn’t light up at the expo, but you could blaze right outside of it.

That night we were invited to a party hosted by HoodLAB, the creative minds behind the HoodLamb line of clothing. In addition to a suite of offices to talk business, there was an outdoor patio in the back that had an open bar and DJ playing house music.

Apparently seeing the sky of Denver qualifies as being outdoors, because there were plenty of people smoking weed and doing dabs. Most exciting of all was an electric nail for dabbing. Leave it to stoners to make great engineering strides; the electric nail is self-heating and constantly hot, requiring only an outlet to use.

We gave ourselves more time at the trade show. Glass vendors had come out in droves; at least every other booth had a plethora of glass pieces on it. We can’t even begin to accurately verbalize just how many there were. There was production glass, with your standard mass-produced pipes and bowls. Everywhere we turned were also heady vendors. These one-of-a-kind pieces ranged from delightful and fun to weird and disturbing.

With the last day of the show upon us we said our goodbyes, copied down contact information and took products home, ready to review and post up. Thanks to everyone at Champs for making the expo so great; we had a blast and definitely plan on going again. See you all there!