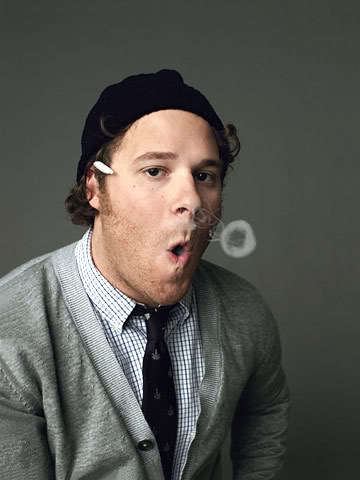 The legalization of marijuana in many states across the U.S. – which is, currently, in 20 states and in Washington D.C. – has resulted in a noticeable societal shift. Something of an unspoken fact, marijuana use is quite common in many sectors of society all over the world, but admitting it in public is something that just isn’t done. Celebrities are particularly wary of being too candid about cannabis use, but the tide of legalization has made many more open about indulging in their favorite substance. Nowadays, you are just as likely to hear about celebrities who use marijuana – and are willing to admit it – than those who continue to deny it. Here is a partial list of some well-known celebrities who make no secret of their love for the sticky green!

If you haven’t read Anthony Bourdain’s best-selling book Kitchen Confidential yet, it might come as a bit of a surprise to you that the gruffly suave and worldly celebrity chef and TV host is no stranger to weed… but then again it may not. In the book, Bourdain details a number of incidents where weed plays a primary role, along with copious amounts of other substances including amphetamines, cocaine, heroin, and various other pharmaceuticals and psychedelics.

The fact that Matthew McConaughey is a marijuana user might be less surprising. In any case, the star of Dazed and Confused (among many other films) definitely has a close relationship with weed, as was made apparent during a much-publicized incident involving a noise complaint, marijuana, smoking paraphernalia, bongos, and his naked self.

The Saturday Night Live alumni and now star of Parks and Recreation, Amy Poehler is known for her deadpan humor and razor sharp timing. What not everyone knows however is that the blond comic is also familiar with the ways of cannabis. In fact, her stint at SNL included a “Weekend Update” segment which was often littered with marijuana references. In a particular memorable spiel, she even made a very, very thinly veiled reference to buying weed from her dealer, which left no doubt in many people’s minds that one of the most recognizable personalities on Saturday night TV was something of a weed fan.

For many people, Zach Galifianakis first entered into public consciousness with his wacky portrayal of a character in The Hangover who wasn’t quite all there. While the role may or may not have been directly informed by Galifianakis’s pot use, the actor has made no secret of his affinity for the kind bud. In fact, an appearance on Bill Maher’s Real Time (HBO) caused quite an uproar when the lovably quirky actor lit up what looked like a marijuana cigarette. Although Maher later claimed that the cigarette actually contained “cloves or something”, Galifianakis’s subsequent public endorsement of marijuana left no doubt in many smokers’ minds that Zach was indeed one of them.

This one is probably less surprising than all the rest. The star of numerous Hollywood blockbusters, Seth Rogen was the perfect fit for Pineapple Express, a comedy about a mythical strain of marijuana. In fact, most of Rogen’s cinematic roles depict him in varying degrees of familiarity with marijuana.

It’s not very often that a celebrity uses their fame for activism.  Well, let me rephrase, it’s not often they use their fame to endorse the use of marijuana…on purpose (Michael Phelps).  But here’s a quick rundown of the top 5 celebrity stoners, or weedebrities.

One half of the comedy team that revolutionized stoner comedy, Tommy Chong is one of the world’s most recognized pro-marijuana activists.  Starting his career as a musician, it wasn’t until Up In Smoke that he reached full-blown celebrity.  In 2003, the company owned and operated by Chong’s son, Paris, was the primary target of the $12 million government operation known as Pipe Dreams.  Of course, Tommy Chong was the real target and he turned himself in under the condition that his family would not face charges.  He plead guilty and received a sentence of 9 months in federal prison, a fine of $20,000, and forfeiture of $103,514.  On a side note, Operation Pipe Dreams lifted its name from the Cheech and Chong movie, Nice Dreams. How clever.

No celebrity stoner has had a more polarized fan base than comedian/talk show host, Bill Maher.  Never afraid to speak his mind, damn the consequence, Maher, who is on the NORML Advisory Board, often delivers scathingly sarcastic diatribes about repealing the country’s drug laws using his political debate show, Real Time with Bill Maher, as the vehicle.  “I’m getting tired of being treated like a criminal or second rate citizen by people who, through their preference for liquor or pills for mood alteration, show not a superiority of taste, but an inferiority.”  Love him or hate him, rest assured, he doesn’t care.

Another member of NORML’s Advisory Board, Woody Harrelson never shies away from a chance to speak his mind on the legalization issue.  In the satirical documentary, “How to Make Money Selling Drugs,” Harrelson is featured in the movie’s trailer, asking, “If we’re not free to do whatever we want, as long as it’s not hurting anyone, then what’s the point of calling this a free country?”

Last on our celebrity stoner list is The Godfather, the Chairman of the Board (actually Co-chair of NORML Advisory Board), the Red Headed Stranger, himself, Willie Nelson.  This American icon, now 80, is arguably one of the most successful and prolific song writers in history.  Nelson, who bleeds activism and THC, has been an outlaw since he helped create a sub-genre of country music, dubbed Outlaw Country.  Never one to shy away from a cause he believes in, Nelson is also one of the world’s most famous activists, from anti-war to the plight of American farmers (Farm-Aid), from disaster relief to legalization.  After a 2010 possession charge, he created the Tea-Pot Party, under the motto, “Tax it, regulate it, and legalize it!”  Remember, he was only 77 years young back then.  Damn young people today, I tell you, with their long hair and guitars and that weed smoke!