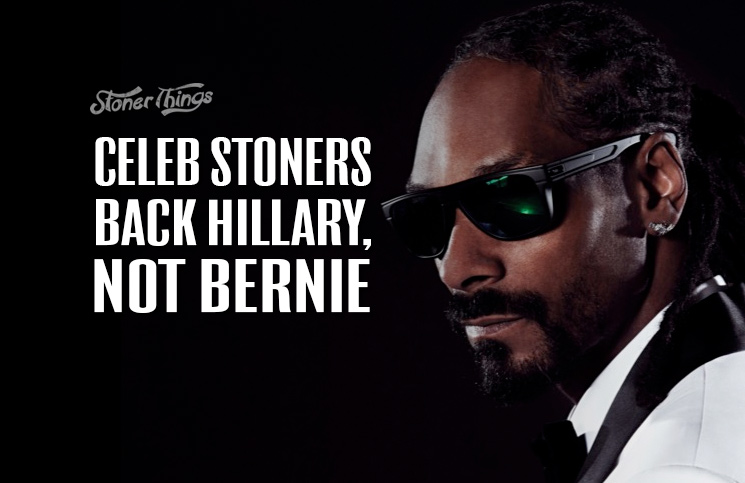 Look at the political scene this year and you might come to the quick conclusion that Bernie Sanders has the stoner vote all wrapped up. He’s very pro-marijuana, if not in his own life, then in terms of policy reform.

But that conclusion would be misleading, at least when it comes to some of the biggest pothead names in Hollywood. Surprisingly, many of these folks support Hillary Clinton, not Bernie. But why? Here are a few examples and an explanation of their plans for the November election. 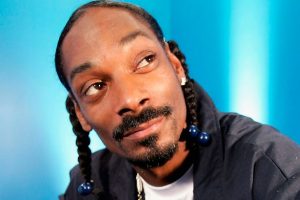 Calvin Broadus, aka Snoop, is well-known for his near-constant use of weed. He’s also known as a huge supporter of legalizing both medical and recreational marijuana. But other things take precedence in his politics: namely, feminism.

A rapper who supports women’s rights? It’s not as unusual as you may think. As Snoop says, “I would love to see a woman in office because I feel like we’re at that stage in life . . . where we need the perspective of other than a male’s point of view. And just to have a woman speaking from a global perspective as far as representing America, I would love to see that. So I’ll be voting for Ms. Clinton.” 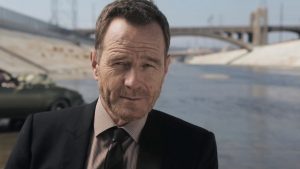 Bryan, one of the best actors in the world, is better known for cooking meth on TV than for supporting cannabis reform in real life. But in a 2012 interview, he made it clear where he stands.

“Marijuana started out with a bad connotation, as you know,” Bryan said. “But to me, marijuana is no different than wine. It’s a drug of choice. It’s meant to alter your current state, and that’s not a bad thing. It’s ridiculous that marijuana is still illegal. We’re still fighting for it.”

Later, in an article in the Los Angeles Times, he revealed that not only does he support Hillary, but also that he has given lots of money to her campaign. 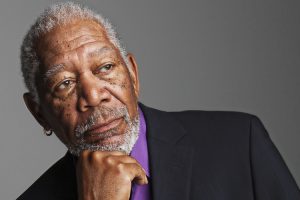 It’s no secret Morgan uses pot as medication and backs legalization. But despite Bernie’s position on reform, Morgan will vote for Hillary. Despite her (undeserved) reputation as a shifty politician, the famed actor says she’s a good choice for voters concerned about marijuana policy.

Hillary hasn’t come out in strong favor of full legalization, but she openly backs medical marijuana and has said she’ll keep an open mind about further reform. She’s more liberal than most voters realize, and the odds are good that a second President Clinton would go all the way, Morgan says. 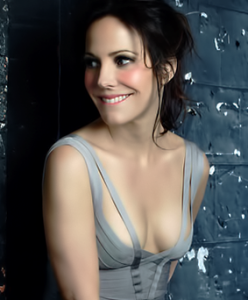 Mary doesn’t actually smoke pot, but it shouldn’t be the least bit shocking that she supports legalizing the drug. Indeed, her most famous role, on the Showtime series “Weeds,” is all that’s necessary to make that clear.

“Historically, being caught is not a deterrent,” Mary told WebMD. “If you can control it, maybe marijuana is not as dangerous and not part of another world of harder narcotics. . . . Anything that’s going to lessen crime in any small way is a good idea, and what they’re doing now just doesn’t work.”

That point of view fits well with Hillary, who promises to take a measured approach to drug policy. When your goal is to improve society through legalization, immediate change may not be as appealing as careful action.