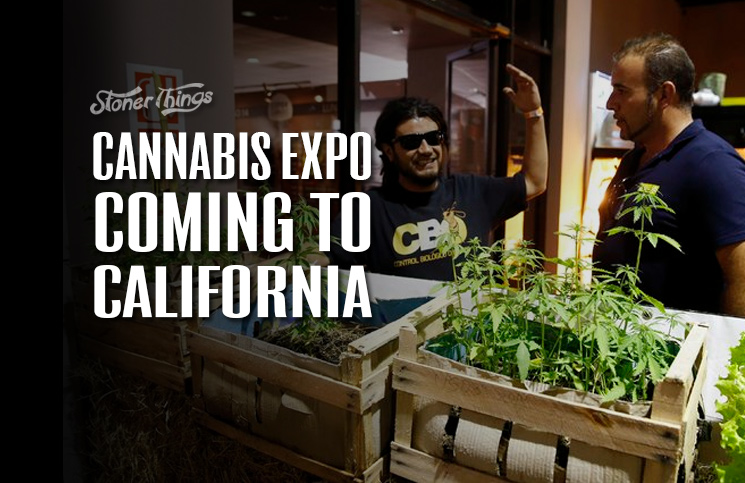 California will play host to one of the nation’s largest gatherings of marijuana entrepreneurs and industry insiders in June.

The 2016 Cannabis Business Summit and Expo runs from June 20 to 22 at the Marriott City Center in Oakland, where it’s expected to draw thousands of business owners, speakers, and marketers. Part networking opportunity, part seminar, and part sales floor, the Expo is billed by its organizers as the “ONLY national event where you will have an opportunity to meet with policy makers and influencers as they converge with the leading trade association shaping the cannabis economy.”

The Expo arrives in California in the midst of a political campaign to legalize marijuana for recreational use. If the push succeeds, it would make the Golden State the world’s largest market for legal pot. The initiative is all but guaranteed to appear on the ballot Nov. 8, and recent polls suggest it’s likely to pass.

That makes the Expo an important chance for industry players to position themselves and their businesses in advance of the coming green rush. Organizers say the event provides “the highest concentration of legitimate buyers and sellers all in one place.”

The roster of speakers includes many of the people who are most active in the legalization movement. That campaign is led by tech billionaire and former Facebook president Sean Parker, who has already raised more than $2 million to the opposition’s $60,000. Many of the Expo’s participants will be there in hopes of profiting from legalization when it comes.

More than 100 exhibitors will pack the floor of the Expo for three days, marketing products and services ranging from grow lights and cannabis containers to industry accountants and consultants. Most are ancillary businesses and don’t actually grow or sell marijuana.

The National Cannabis Industry Association, the only major trade group for legal marijuana businesses, has sponsored the Expo every year since 2014. The event serves as a chance for industry players to interact, form business relationships, and sell their brands while furthering the cause of cannabis policy reform.

But the Expo isn’t public, and it isn’t about smoking pot. It’s a professionals-only gathering, and tickets are sold to businesses in blocks for up to $700.

A recent poll showed support for legalization in California is hovering around 60 percent, making it likely the idea will pass at the ballot box. Marijuana is already allowed for medical use, and the Golden State currently provides the better part of the pot supply in the United States.

Do you work in the marijuana industry? Have you ever attended a professional cannabis expo? Leave a comment and let us know.