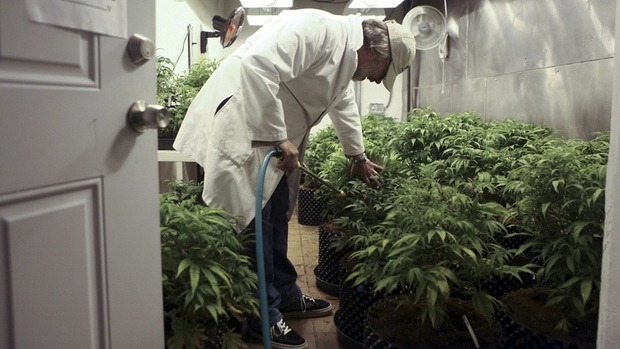 Canada’s medical marijuana system is getting a makeover, and so far the results have been less than stellar.

The government told patients they could no longer grow for themselves. The company that sold noxious, impotent weed to patients was replaced with the same company. Patients sued to block elements of the new program.

But now new players are entering the scene, with promises of state of the art weed and quality medication. Yet the question remains: Will ordinary Canadians accept the MMJ their own government has foisted upon them?

So far, hundreds of companies have applied to supply pot to the new program run by Health Canada. About a dozen growers have been licensed, and many others are nearing approval.

One of those, MediJean Distribution Inc., has fitted a Vancouver warehouse with an industrial scale hydroponic growing operation. There are already dozens of mature plants, and the business is set up to distribute across the country.

MediJean plans to distribute more than 190,000 pounds of medical weed during its first year. Anton Mattadeen, the company’s chief strategy officer, said MediJean is a cutting edge facility focused on science and horticulture. It feels more like a laboratory than a grow house, he said.

“This is anything but a grow-op,” Mattadeen said. “It is a clean-run, biopharmaceutical facility designed to produce the highest quality produce available. Whatever your views are based on the stigma [of marijuana], that’s not us.”

Canada has had some form of medical marijuana for nearly 14 years, since the nation’s courts invalidated pot bans that made no exceptions for medical necessity. Yet there is a strong opposition that has long tried to restrain access.

Under Canada’s old MMJ system, patients could grow their own medicine or buy a state-backed product known as CanniMed. But that was weak, tasted bad and smelled foul. What’s more, many of the country’s conservative lawmakers were uneasy with a nationwide system that allowed Canadians to grow pot.

Then the government told patients they would no longer be able to grow their own weed. That led to a backlash, with many growers saying they couldn’t afford to buy pot from someone else.

Indeed, prices are set to go up all around. Where a gram used to cost $5, it is now expected to sell for an average of $8 initially. That price could drop, officials say, as more growers enter the program.

A recent court ruling means patients can keep growing weed for the time being, but that may not last. Ultimately, Canadians will be faced with higher prices and fewer choices, even if companies like MediJean can provide a better product.