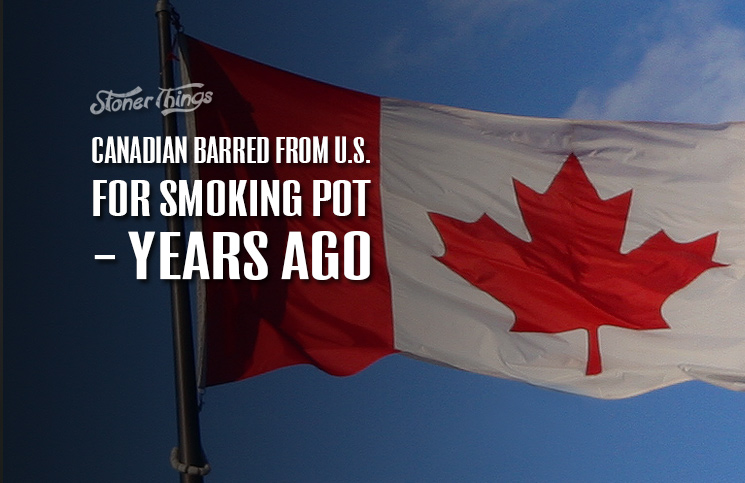 It is “ludicrous,” a high-ranking Canadian government official said in September, that U.S. border agents blocked a man from entering the country because he admitted to smoking marijuana years earlier.

Matthew Harvey, a registered Canadian medical marijuana patient who works in that industry, was permanently barred entry to the United States in 2014 after border agents questioned him about his cannabis use. During the interview, Harvey admitted to smoking the drug for recreation before obtaining a legal prescription, the Canadian Broadcasting Corp. reported.

Harvey was not carrying marijuana at the border and did not admit to using the drug for recreation in the recent past, Canadian officials said.

“This does seem to be quite a ludicrous situation, because, as you say, not only is the State of Washington, but three or four other jurisdictions in the United States have legalized marijuana,” Canadian Public Safety Minister Ralph Goodale told CBC News.

The decision to block Harvey was likely an act of overzealous discretion by agents at the border. U.S. law allows agents to deny entry to any foreigner who admits to breaking narcotics laws in his or her country, even if it happened years ago.

“In other words, making an admission to a USCBP [U.S. Customs and Border Protection] officer that you previously violated controlled substance laws in Canada can result in a permanent bar,” immigration lawyer Henry Chang wrote in the Huffington Post.

Medical marijuana is legal across Canada and in 25 American states. Cannabis is also allowed for recreational use under the drug laws of four states and the District of Columbia, but it is barred as recreation under the federal laws of both nations.

Canada PM will legalize marijuana use

That is already changing, as Canadian Prime Minister Justin Trudeau and his Liberal Party have promised to legalize pot for any use next year. As Goodale said, prohibition isn’t working on either side of the border.

“In Canada we’re moving in an orderly way to a new regime that will include tight restrictions and regulation, and taxation,” he said. “And at the end of the day will be more effective in keeping marijuana out of the hands of our kids.”

Harvey isn’t alone in being denied entry because of his past marijuana use. Border agents have the authority to question any foreign visitor about previous drug use, though they rarely do. In Harvey’s case, it was likely this employment in the legal medical pot industry that drew extra attention.

Canadians like Harvey who are denied entry on grounds of past drug use may apply for a special “advance permission” waiver, but that costs nearly $600 and requires repeated renewals.

“There are certain ironies about the current American position that we will certainly be very vociferous in putting before them, and trying to ensure that Canadians are treated properly and fairly with a lot of common sense, instead of the rather ridiculous situation that’s emerged in the last number of days,” Goodale said.

What do you think: What will the next White House administration do about border rules regarding cannabis? What should the government do about it? Leave a comment below.