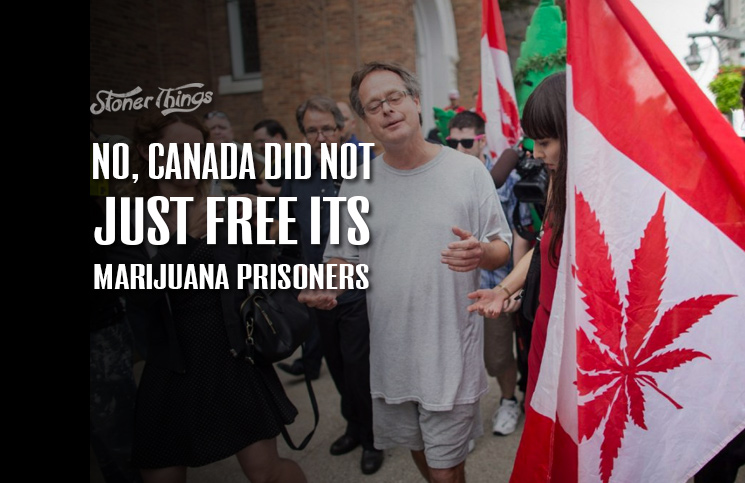 It would be excellent if it were true, but sadly, it’s not.

A story circulating on the web in July claimed Canada’s prime minister had moved to free every prisoner serving time for a marijuana crime. The story immediately sparked hope Prime Minister Justin Trudeau would set a major legal precedent for cannabis reform in North America.

But it simply isn’t so.

The rumors are false

The Great White North will not, in fact, be issuing a mass pardon for people convicted of marijuana-related offenses. The myth-busting site snopes.com quickly called this one out as “False.” In other words, if you’re rotting in a Canadian jail over a minor possession bust, you remain out of luck.

Of course, if you’re a Canadian, you’re probably not rotting away on a minor possession charge; they don’t really do that in Canada. But plenty of people continue to suffer under criminal penalties for growing the drug, shipping it, and selling it – even to adults in harmless quantities.

The confusion started, naturally, with an internet meme. In July, a photo of Trudeau started circulating with a caption stating that he had announced government plans to free everyone convicted of “a minor or major offence of marijuana.” Trudeau allegedly said at a news conference that he could enact such a startling reform because Canada, unlike the United States, has no “prison for profit.” 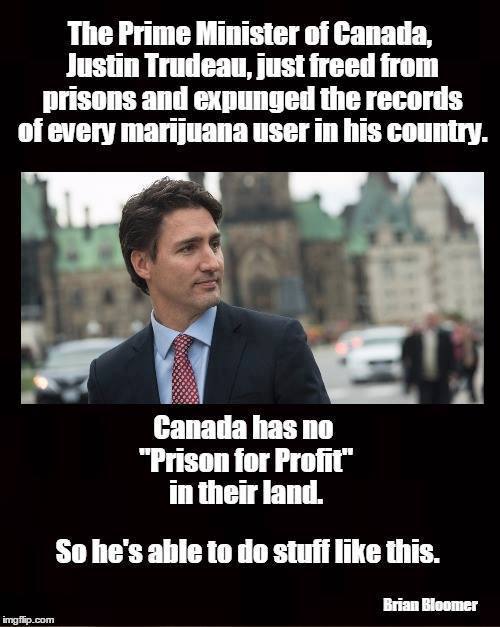 Unfortunately for stoners, the article appeared in the Global Sun out of the United Kingdom. The Global Sun, as it happens, is not a real news outlet. It’s a parody site similar to The Onion, and none of its stories are true. But they are written to appear as though they are true.

This is a very popular form of satire, but it has its shortcomings. Many people are terrible at spotting irony, so it’s little surprise that lots of people fall for this sort of thing, especially when the satirists aren’t very original or good at their jobs (as at the Global Sun). It is depressing, though.

The Global Sun (get it – Global Sun?) reported in its “news item” that Trudeau held a press conference in early July at which he announced a series of government reforms. Half an hour into the alleged speech, he proclaimed that he and the Canadian Parliament had agreed to pardon thousands of cannabis offenders across the country.

In its defense, the website isn’t exactly coy about its true mission:

The Global Sun is a satire website, articles/post on the website are all made-up stories and should not be taken seriously.

Thankfully, not everything about the story was wrong. Trudeau and his Liberal Party are in fact moving rapidly toward nationwide reform, with full recreational legalization of marijuana likely in 2017. The party will introduce legislation in Parliament that would allow adults over 21 to use pot for any reason.