Weed in the Great White North is going capitalist.

For years, the Canadian government has supplied medical marijuana to its with socialist medical marijuana. It was produced under contract with Canada’s public health agency, and it was a foul, impotent, one-size-fits-all strain ground through a wood chipper and shipped off to unsatisfied patients across the provinces and territories.

Now, however, the government has opened the marijuana market to the whims of supply and demand. On Oct. 1, Canada rolled out a new, $1.3 billion free market for medical marijuana.

It replaces the old system, which supplied patients with a product called CanniMed. There was only one strain, it was irradiated, it smelled and tasted bad, and it didn’t get the job done. 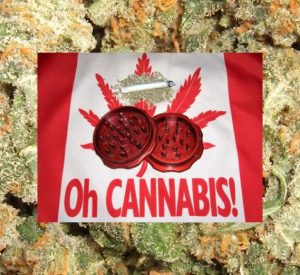 To deal with dissatisfaction and to stop patients from seeking black market strains,  the government started over and opened the doors to the free market. Marijuana will now be grown and distributed from industrial-size indoor farms, certified by the Royal Canadian Mounted Police and health inspectors, and an unlimited variety of standardized strains will be available.

Demand will determine supply, and prices will reflect whatever the market can bear. There will be no limits on how many farms will be allowed. Imports are permitted, so Canadian patients may find themselves toking Dutch weed.

Nearly 160 applicants have already filed to obtain licenses to become cultivators and distributors, and two have been cleared. The first weed should be sold under the new market in October or November.

“We’re fairly confident that we’ll have a healthy commercial industry in time,” said Sophie Galarneau, an official with the health department. “It’s a whole other ballgame.”

The government will spend the next six months moving patients from the old system to the new. The CannaMed system will end March 1, and patients will be encouraged to start buying from the private producers.

Canada already has a sizable MMJ population – more than 37,000 patients – but it’s expected to explode to more than 400,000 in the next decade. That creates a huge market potential for producers who are able to provide the necessary financing and security.

Until the new market was unveiled, patients were only allowed to buy CanniMed or grow for themselves. A patient could also hire a grower, but the growers could only cultivate for two patients at a time. Home-growing will no longer be allowed.

The changes come as the country’s Conservative and Liberal parties battle over pot policy. The Conservative government has accused the Liberal opposition of trying to “push” pot by urging legalization, even while its own actions have dramatically expanded the marijuana market.