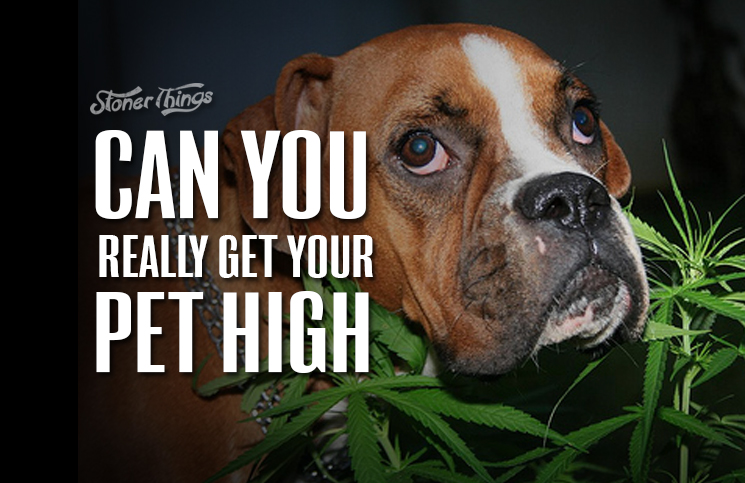 We hope it goes without saying that you shouldn’t give marijuana to your pets unless you have a very good reason. Animals can’t consent, so it’s abuse, no matter how much you think they’re enjoying it.

That said, high animals are a thing of urban legend in the stoner world. Some idiots even record their cannabis “experiments” with various creatures and post the results on YouTube. 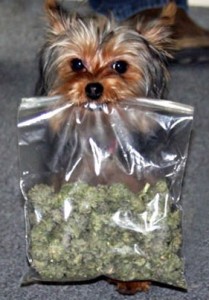 But is it really possible to get an animal high? How does marijuana work on our furry friends? Is it ever used as veterinary medicine or otherwise recommended for animals?

As a general matter, it is true that pets, especially dogs, do occasionally get baked on their owners’ stashes. The number of these incidents has increased in states where recreational or medical pot has been legalized.

But that doesn’t necessarily mean more stoners are giving more weed to more pets. It could be that pet owners in those places are more willing to fess up when their pets ingest marijuana.

Dogs and cats usually get weed in one of three ways: They eat it accidentally, they take it as medicine, or they consume it when their owners give it to them for fun.

Pets may eat any part of the pot plant, including THC-laced edibles and dry cannabis bud. Since housepets tend to be much smaller than humans, it takes a much smaller dose of THC to get them stoned.

Pet marijuana intoxication on the rise

Last year, the ASPCA and the Pet Poison Hotline reported that pet marijuana intoxication has been on the rise since the mid-2000s in states that allow medical or recreational weed.

Tina Wismer, medical director at the ASPCA’s Animal Poison Control Center, said the numbers could be rising because “people are more willing to say, ‘Yeah, my dog got into my marijuana.” Or it could reflect a growing awareness of the problem.

Marijuana works on dogs (and presumably other pets) the same way it works on humans: Certain chemicals within the pot, known as cannabinoids, engage specific receptor cells in the brain. This generates a feeling of euphoria, also known as the high.

Some dogs receive medical marijuana to treat pain and chronic illnesses. And though there’s little empirical evidence on the subject, anecdotal reports suggest the drug works for many dogs. 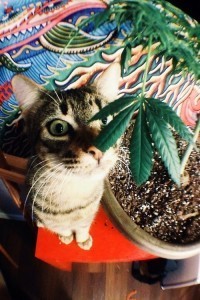 Cultivators are increasingly growing marijuana strains with low THC content and high amounts of CBD, another cannabinoid. That way, dogs would get many of the medical qualities of marijuana without the high.

That could resolve a great deal of uncertainty for pet owners. Like children, animals can’t fully communicate their experiences and don’t have the power to deny consent. So assumptions that they’re having fun while stoned could well be wrong.

The best advice? Consult with a vet if you think legal medical marijuana could benefit your pet. If MMJ is allowed in your state, only use it with the advice of a professional.

Otherwise, save that weed for yourself. It may make your pet miserable, and there’s nothing amusing about needlessly drugging animals.