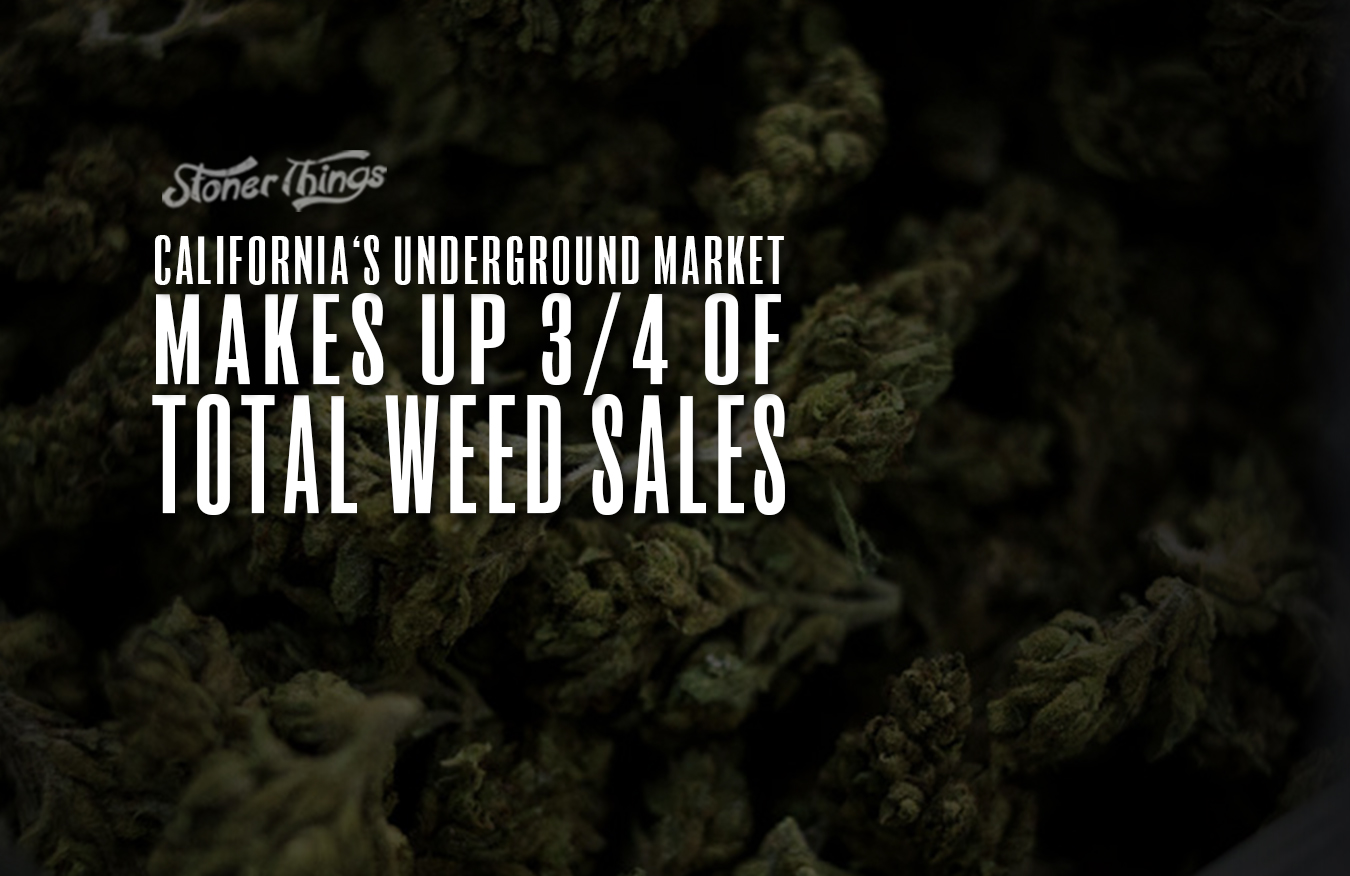 Cannabis has been fully legalized in the state of California since 2018. Not that long, really, but long enough to see what would be the impact on the underground market. While medicinal pot was legalized in the 1990s, Cali’s underground market remained robust, even tolerated. With fully-legal dispensaries now available we’re getting a look at what an attempt at regulation will do. At least in California, it can’t claim to have eliminated the “black market” for cannabis. Then again, often when you have regulation you’ll have an industry that skirts those regulations. Raw milk isn’t “legal” everywhere, but it is sold by those who don’t want their milk pasteurized. California imposes a number of taxes on cannabis sales, so the underground market is primarily around to increase profits. How much are those profits? A new study says the state’s legal cannabis markets should earn a little over $3 billion this year. The underground market? It’ll make nearly $9 billion.

The study is named for something you may already know: California is the world’s largest cannabis market. The authors of the report, Arcview Market Research and BDS Analytics, expect to see more growth in the coming years. This year the report says the state will see 23% growth. Interestingly, the authors believe the legal market will continue to grow while the illicit one could shrink to 30% by 2024 in other states. In California they say the underground market could stick around for a while, probably leveling out to around 54%. What does this mean? Well, Cali has a longer tradition of large-scale cannabis cultivation — both legal and otherwise. That means the state has more businesses to convert to legal production.

Another interesting finding was that the market actually dipped a little once legalization hit. About $500 million less cannabis was sold in 2018 than 2017, which of course had an impact on tax revenue predictions. Further complicating matters? While anyone outside the state might think it’s a haven for smokers, the fact is there are far fewer dispensaries per person across the state than in others, like Oregon or Colorado. This has made it harder for many outside a few major cities able to purchase legally.

What could change all this would be Federal legalization. Then, enforcement agencies would be better able to discern between those working within regulations and those who aren’t. It would still be up to states to enact their own rules, however, and local enforcement would still occur. This also wouldn’t solve the problems of access in California. It’s unlikely the state will change the rules for towns to decide on legalization, although it might pave the way for court challenges to those local laws. If a substance is legal federally, what can municipalities do? As we’ve seen with liquor laws, quite a bit. Possession would be permissible, but sales could still be blocked.

Until cannabis is federally legalized, however, the underground market will persist. In California, that’s still a big chunk of the market overall. It seems experts don’t think that will go away entirely, but the amount is likely to decrease over time as more people can buy cannabis locally without legal worries.