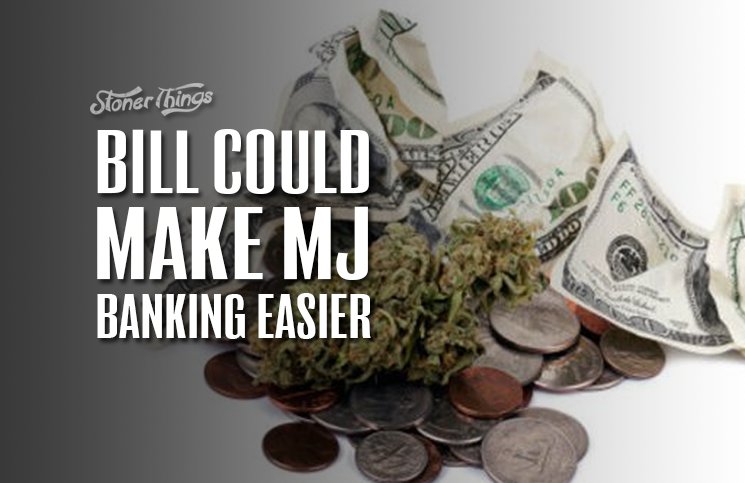 Marijuana has always been a cash-only product. Sadly, even with legalization, that hasn’t changed. Cannabis businesses must deal almost exclusively in hard money, a fact that dramatically increases the risk of violence.

A new bill in Congress could help resolve that problem. Sponsored by both Democratic and Republican senators, the legislation would provide new banking opportunities for weed providers.

Pot is legal in four states as of late last year, as it is in the District of Columbia. But it remains strictly illegal under federal law, and that means bankers are mostly unwilling to work with the industry.

The Obama administration tried to ease the situation last year by issuing legal guidelines that would allow bankers to help marijuana companies. But the bankers haven’t exactly jumped at the chance; many fear they could still be prosecuted for money laundering if they help pot providers.

This means customers must buy cannabis with cash. Many dispensaries provide ATM machines, and some even allow limited use of credit cards, but most cannot process credit purchases.

Thankfully, this is beginning to change. A small but growing sector of the banking industry is offering credit card processing through so-called “merchant accounts.” These services connect business owners with banking services.

Until more providers are using these marijuana merchant accounts, though, most customers and providers will be restricted to cash. This makes the experience more dangerous, as pot shops and their drivers make more appealing targets for robbers.

Equally important, the limits make it harder to buy marijuana, and they make the transaction much more frustrating. Many shoppers no longer carry cash, meaning a trip to the pot shop requires a separate trip to the ATM.

“The introduction of this historic bill is an important first step in gaining support in the Senate and ultimately opening the banking system to all legitimate cannabis businesses,” the National Cannabis Industry Association said in a statement after the bill was introduced. “There is still much that needs to be done to advance this sensible policy.”

Colorado Gov. John Hickenlooper, whose state already has laws protecting marijuana banking, said the bill was a step in the right direction. Hickenlooper, once a staunch opponent of legalization, has been instrumental in carrying out the state’s experiment with weed reform.

“As marijuana is legalized in states across the country, the federal government has a duty to ensure that this experiment can proceed safely,” he said in a statement. “Providing marijuana businesses access to banking will protect the safety and well-being of our residents.”

Violent crime is uncommon at or near marijuana dispensaries, but robbery remains a distinct possibility, especially for employees delivering large amounts of cash from pot shops to other locations. Drivers must frequently change their routes to avoid trouble.

“The legal marijuana industry is worth nearly $3 billion nationwide,” said Aaron Smith, executive director of the National Cannabis Industry Association. “We shouldn’t be forced to carry that around in duffel bags.”