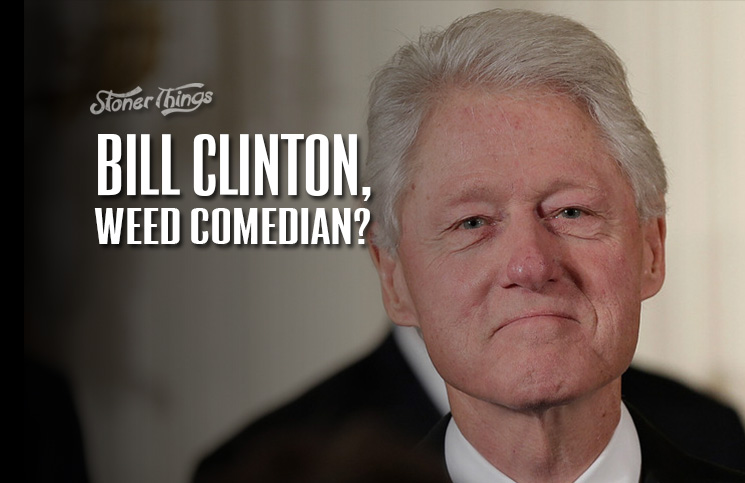 The United States has yet to see a serious national political leader call for full legalization of pot. But plenty of pols are dancing around the issue. 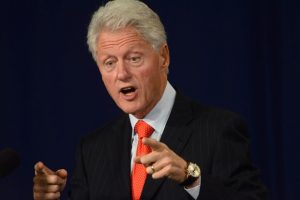 Take former President Bill Clinton, who cracked a joke about cannabis at a June event for the Clinton Global Initiative America in Denver. Actually, he cracked two. No one has asked him to headline any comedy clubs just yet, but the remarks are a reminder of how far marijuana has come in recent years.

Clinton was onstage with Agriculture Secretary Tom Vilsack, formerly the Democratic governor of Iowa. Vilsack recounted that he had come across a new crop in Wisconsin that generates up to $1 million per acre. That kind of profit is unheard of in modern agriculture, he said, “with the exception of the state of Colorado and a few other states that have legalized another product.”

“Dear lord, that’s all I need: one more story,” Clinton said to laughter.

The former president is well-known for his longtime claim that he tried cannabis as a college student but never inhaled. The assertion drew mockery during his successful 1992 campaign for the White House, but never seriously hurt his political standing. Clinton maintains the no-breathing claim to this day, though not many people believe him.

After landing his first line, Clinton lobbed another joke about weed a few moments later, as he mentioned the massive speaking fees charged by the Clintons through their Clinton Foundation. Conservative critics have pointed to those fees, as well as donations to the foundation from foreigners, as evidence the Clintons are corrupt.

“If only the marijuana growers would invite me to give a speech,” Clinton joked after noting the controversy.

No strangers to pot jokes 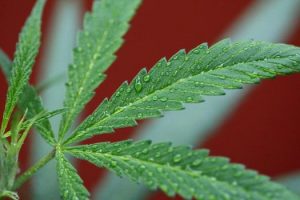 This isn’t the first pot-themed joke to come from the Clintons. Early in 2015, Hillary Clinton – widely considered the frontrunner in the 2016 presidential race – made wise about a cup of coffee she bought at a cafe in Denver. An elaborate image of a pig was poured on top of the drink, a reference to the bar, but Hillary Clinton didn’t immediately pick up on the meaning.

“Look at you,” she told her barista. “Is that a marijuana plant?” The barista played along, telling her, “that’s exactly what it is.”

Cannabis reform is already becoming a major theme in the 2016 campaign. Several contenders have addressed the issue head-on, including former Sen. Bernie Sanders, who said he supports decriminalization but stopped short of endorsing full legalization.

Hillary Clinton herself has said she backs medical marijuana, as have some other candidates. And Republican Sen. Rand Paul, also a likely candidate, was instrumental in passing federal laws designed to protect patients.

It remains to be seen whether anyone will push for comprehensive cannabis reform at the federal level. But the fact that they’re openly joking about it can only be a good sign.