Critiques of marijuana have long been subjective affairs, including everything from user-driven websites to commercial reviews. Much of it is useful, but it tends to lack authority. 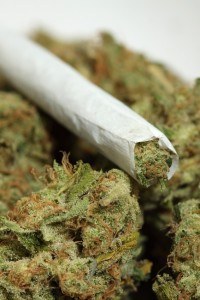 That’s changing. A new breed of cannabis experts has emerged in Colorado, where the state’s largest newspaper invests substantial resources in covering the legal weed scene.

The Denver Post, which recently hired a marijuana editor to oversee coverage of the industry, now has a more specific job for journalists who know pot: marijuana critic.

Take Jake Browne, for example. He writes for TheCannabist.co, the Post’s weed-themed website, and he picks apart the qualities of cannabis strains like they’re fine wines.

“You are also going to have visual cues from marijuana, whether it’s dense, or does it tend to grow a little bit longer, different colors, all those things help you make that full diagnosis,” Browne said.

His palate, like those of other Post critics, is refined. He knows his indica from his sativa and his Kush from his Haze. So does Ry Prichard, a fellow reviewer.

“It’s not my favorite type of flavor, I guess,” Prichard said after taking a hit of a particular strain. “It’s a little neutral for me, but it’s clean, it’s clean. It’s good, you know, good medicine from the sense that it is grown cleanly.”

Prichard, who started toking in his teens, usually writes about medical marijuana strains and the conditions they treat. That includes everything from cancer and HIV/AIDS to anxiety and chronic pain.

“Basically what gives cannabis its flavor is terpenoids and flavonoids,” he said. “There’s terpenes that smell dead-on to lemon peel and lemon zest. There’s some, like I said, that smell like skunk and death. So you really have the entire wheel.”

Baca, a former music critic for the paper, oversees the weed critics, as well as other marijuana journalists. He has said he wants to hire a video game writer and a pot advice columnist as well.

The Post’s cannabis news team has attracted a diverse group of talent.

“I mean, it definitely wasn’t where I saw myself,” Browne said. “My dream job was to be a lawyer. Now I just hope I won’t need one.”