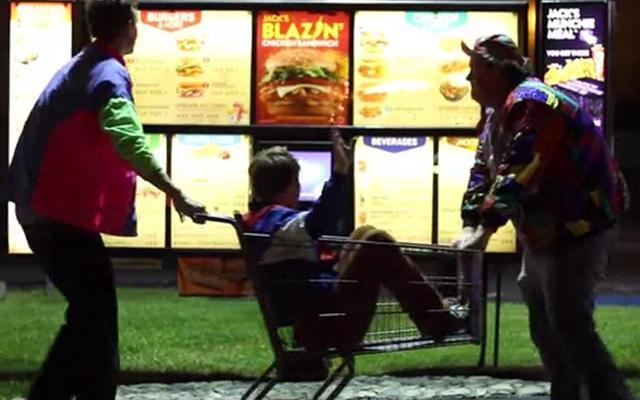 Fast food goes with weed like soda goes with Pop Rocks: One without the other just doesn’t make any sense.

Some days you’re hungry for fine dining, a steak maybe, lobster, or sushi. But most of the time, weed makes you want junk. And lots of it. So here are the best fast-food chains for stoners. If you can scrape together $1.50, any of these make a great choice to stop the stomach rumbling. 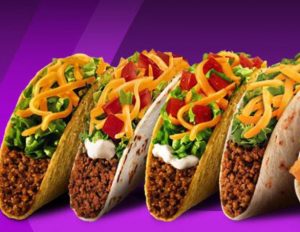 Grade D but edible. Actually, that old trope is just urban legend, but Taco Bell can leave you wondering about your gastronomic security just the same. The meat and cheese are ground into such oblivion and buried under so much tortilla it’s impossible to be sure they’re really even meat and cheese.

And isn’t that the point? Whole Foods isn’t exactly a favorite stoner hangout, and there’s a reason for that: A colon-shattering Burrito Supreme packs a punch you just can’t get from a sack of granola. 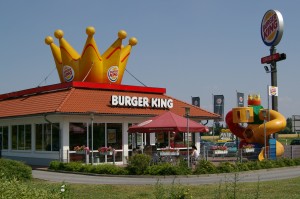 McDonald’s is fine. Wendy’s isn’t so bad either. But neither can top Burger King, the Little Restaurant Chain That Could. Forever in its rivals’ shadows, BK has always offered the fattiest, yummiest burgers.

Also, they have a weird-looking mascot in a king costume and a giant mask. Only Ronald McDonald provides such a surreal backdrop to a late night of weed and fries. 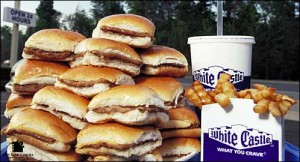 Who wants a slider? You want a slider, that’s who.

In case you weren’t paying attention for a span of about a decade, you know there’s an entire movie about White Castle and weed. The original late-night fast food joint conquered the munchies game a long time ago.

Still, the place could stand some improvement. Not everyone wants to shove soggy balls of bread and meat down their throats in the middle of the night. 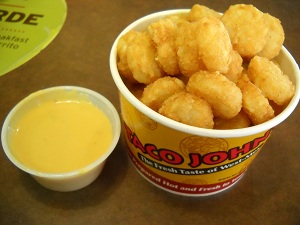 Better known as The Mexican Place Where White People Go When They Don’t Have a Taco Bell in Town. With that kind of reputation, it’s downright astonishing how good Taco John’s really is.

Their burritos and tacos and such are comparable to Taco Bell. But Taco John’s has an ace up its sleeve: the Potato Ole. This masterwork is basically a bucket full of salted tater tots with a separate bucket of dipping cheese. It’ll stop your heart, but in a good way. 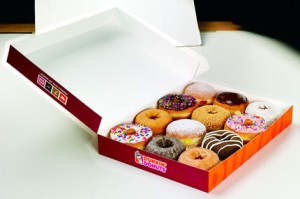 Plus, the environment – washed-out walls under florescent lights with a teenage cashier working the graveyard shift – is perfect for a spacy high.

Make sure you sample the coffee too. Nothing feels quite like the combo of pot, caffeine, and cholesterol at the only good place that’s open past 3 a.m.