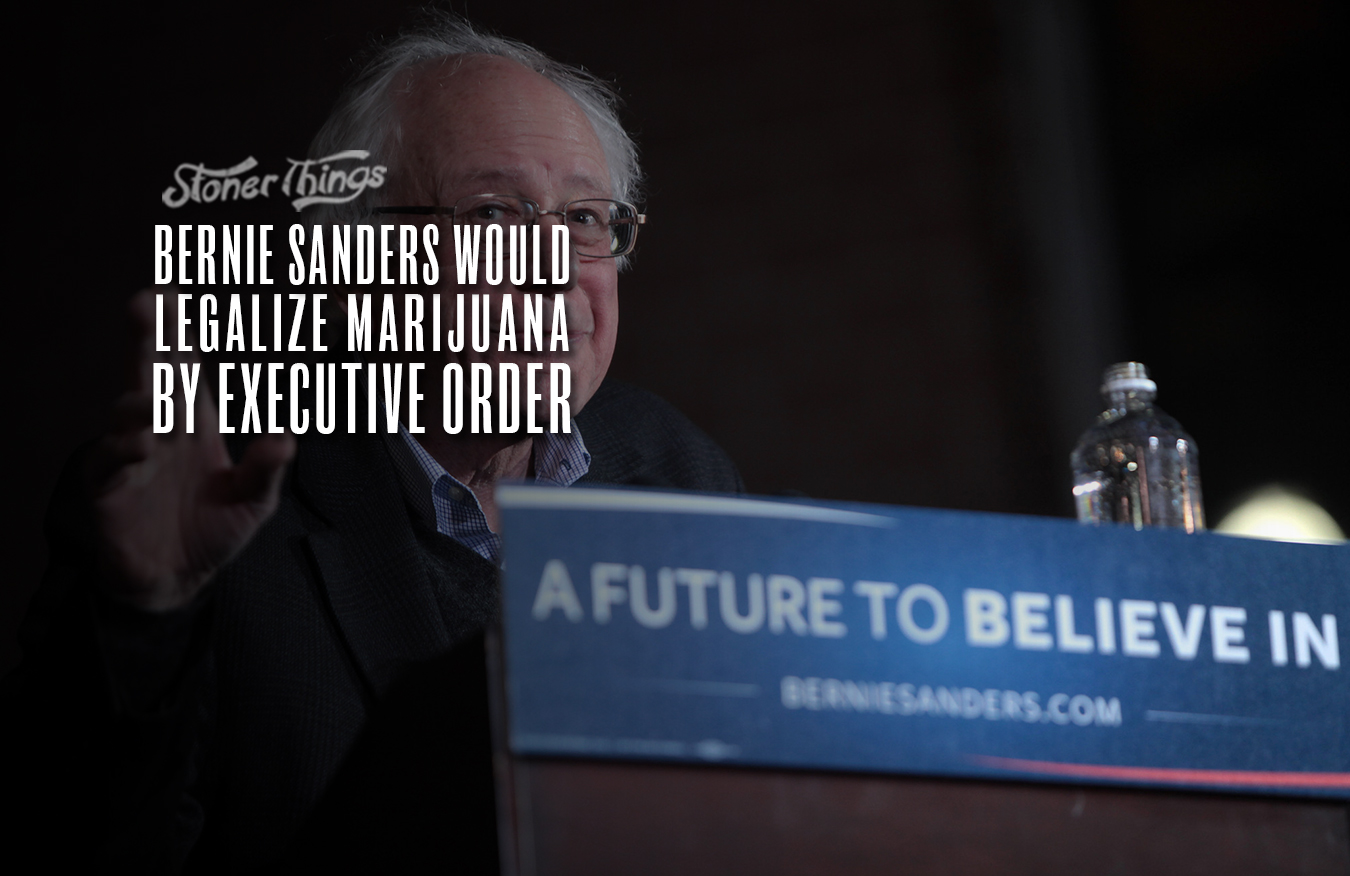 Bernie Sanders enjoys a lot of support in the U.S. and polls show a particular interest in his message by a young demographic. Well, the most vocal supporters tend to be fairly young but Vox reported in March of 2019 that one poll showed Sanders’ support strongest in the 18-44 demographic. In 2016, the story goes, Sanders had trouble “connecting” with non-white voters. In 2020, his base is looking much more diverse. There’s still a long road to the White House and an only slightly shorter one to the nomination, which is perhaps why Sanders has recently suggested legalization in a very particular way.

Bernie Sanders has been nothing if not consistent over the decades he’s been involved in politics. Over 20 years ago he co-sponsored a bill in the House to legalize medical marijuana. His name is on the bill that eventually legalized hemp Federally, although he had helped with several bills in the Senate before that. NORML has rated him A+ for years as well. Sanders is similarly steadfast on a number of other issues, which some see either as proof that he’s steadfast in his beliefs or evidence that he’s stuck in his ways — ah, politics.

What we do have is his voting record, and he’s consistently shown his votes line up with his rhetoric. He’s often tried to explain that cannabis shouldn’t be in the same category as heroin, noting the dangers are completely incomparable. But Sanders has also made social justice a cornerstone of his campaign, and criminal justice reform has picked up considerable steam in recent years. It’s as though decades of cramming low-level offenders tossed into jails on minor drug offenses somehow had an impact on an entire generation of Americans. Which, of course, it has. America’s taste for profit-making jails has turned, and Bernie has been there to help champion that cause. Because what the data shows is that black Americans are just as likely to use marijuana as whites, but are four times more likely to go to jail for it.

Speaking of injustice, another problem Bernie has with how the laws are currently working: white collar criminals frequently get light sentences and forgiveness whereas a non-violent drug offense can ruin a poorer person’s life in numerous ways. Equality and justice have been two major issues for Sanders for decades. His consistency on this issue is nearly unique in Congress, as most politicians tend to bend with the times, altering policy positions with the winds of change. But not Sanders. He’s been banging this drum for years, which is why he finally came up with a plan that would effectively sidestep Congress when it comes to finally and federally legalizing marijuana.

The winds of change for legalization have definitely been blowing, as now the majority of Americans favor legalization and practically every Democratic candidate has some plan to address it. But as Sanders told Joe Rogan on Rogan’s popular podcast, he’s going to get it done with an executive order. There is, of course, a huge question of legality around this. Executive orders have become increasingly popular by presidents who have found the makeup of Congress shifting mid-way through their terms, often limiting the legislation they can push through. Notably, presidents do not write or sponsor legislation, but they can propose bills to their allies in Congress, who must then work to get them passed. Barring that, some governmental actions can be initiated by executive orders — but those are often tested in court. The big question is: Would anyone bother? Given the popularity of legalization, it’s highly unlikely a court challenge would occur. Plus, the DEA and other enforcement agencies fall under the Executive branch, so it’s within the power of the President to tell them to stand down in certain cases. Perhaps trickier would be expunging criminal records and releasing non-violent offenders, but that’s something Sanders also seems willing to tackle, somehow. As election season heats up, we may hear similar promises from the other candidates. Meanwhile, it’s crystal clear where Sanders sits.