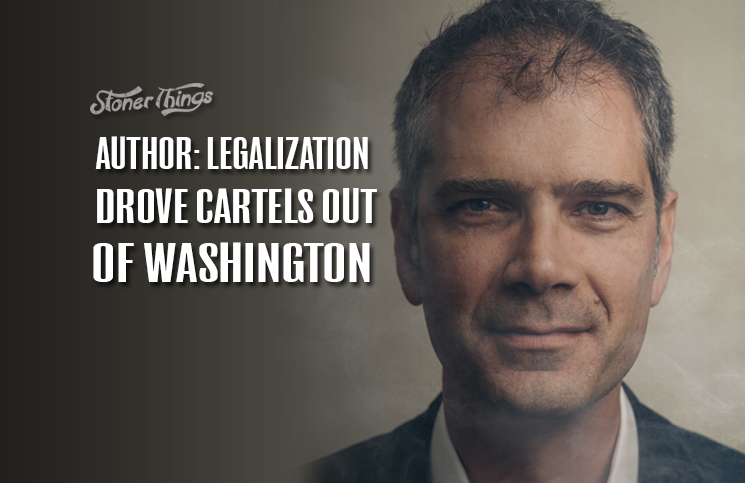 An award-winning science writer says marijuana legalization has driven Mexican drug cartels out of Washington State and completely changed his mind about the wisdom of reform. 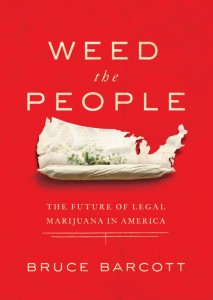 “State-licensed pot farmers have driven illegal growers out of the state,” Bruce Barcott writes in his new book, Weed the People. “Mexican cartel pot has no market here.”

Barcott is a highly respected science journalist, a Guggenheim Fellow and a contributor to The New York Times, Rolling Stone, National Geographic, The Atlantic Monthly, Outside magazine, and other publications. An excerpt of Weed the People was posted on Time magazine’s website in early April.

Barcott says he was initially a staunch opponent of legalization in Washington, his home state. He hadn’t used pot since college, he says, and he didn’t want his kids trying the stuff, either.

“Instinct told me to vote no to legalization” in 2012, Barcott writes.

But a friend changed his mind in time for that year’s vote on the issue: “Legalization wasn’t about whether I loved or hated pot, she said. ‘This is a race issue. It’s a civil rights issue.’ Generations of African-American men sat in prison ‘because they were caught with a substance that’s less harmful than alcohol,’ she said. ‘You’re a white guy, so you don’t have to worry about it. Others do.’”

Barcott says he voted yes but expected the worst. More than two years after the law took effect, he now says he was dead wrong. Legalization has provided badly needed tax revenue for the government, dramatically reduced the harm caused by needless arrests and jail sentences, and made the streets safer from organized crime.

“We no longer arrest 12,000 people every year for possessing marijuana in Washington state,” Barcott writes. “Those are 12,000 people who kept their jobs, went to college, supported their kids, and enjoyed happy and productive lives. . . . Thousands of new jobs have been created. We’ve seen no pot-inspired crime wave, no mass conversion of citizens into stoners. Parents know more about pot than we did two years ago; when we talk to our kids about avoiding it, we come from a place of knowledge, not fear. My family is safer and healthier because marijuana is regulated and legal.”

The author notes there have been “bumps” along the way, especially when it comes to edibles. Two deaths in Colorado were linked to edible overdoses, not to mention Maureen Dowd’s famous meltdown after eating too much weed-infused chocolate.

But, Barcott notes, “state regulators quickly reduced the allowed dosage and increased controls on the products. The solution was market regulation, not mass incarceration.”

Many people still oppose reform, he says, because they fear what they might lose in the process.

“I’m a middle-aged non-stoner who’s been living in a marijuana-legal state for two years,” Barcott writes. “Here is what’s lost when pot goes legal: fear and destruction. Fear of the unknown, fear of skyrocketing use rates, fear of reefer madness. Here in Washington, as in Colorado, we’ve stopped destroying the lives of people who possess a drug that’s less harmful than alcohol. What we’ve gained are new opportunities for responsibility, honesty, and freedom.”