Apple has apparently killed a popular smartphone game in which the user played the part of a marijuana dealer, the game’s producers said.

The app, Weed Firm, is a small-scale takeoff on the Grand Theft Auto gaming series. Players take the role of Ted Growing, a weed dealer, cultivating and selling pot, avoiding the narcs and other criminals, and scoring lap dances from strippers. 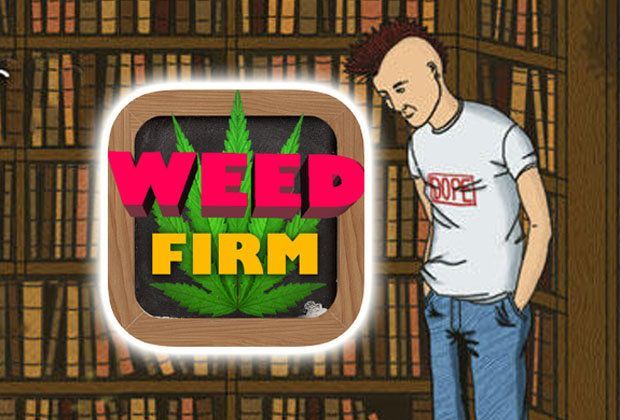 Weed Firm climbed to No. 1 in the download rankings on Apple’s App Store. And then the company removed it without warning, according to Manitoba Games, the company that made the app.

“We guess the problem was that the game was just too good and got to number one in all categories,” the game-maker said in a press release.

A number of other weed-themed games remain in the App Store, as Manitoba Games pointed out. Weed Tycoon, for example, lets users run their own virtual marijuana cafes, though they don’t have to worry about cops and robbers. Players are actively involved in cultivation, distribution, and sale, and they set retail prices.

And Weed Maps, one of the most successful marijuana-related business ventures in the legal era, allows users to find pot shops and dispensaries anywhere in the United States.

“There are certainly a great number of weed-based apps still available, as well as games promoting other so-called ‘illegal activities,’ such as shooting people, crashing cars, and throwing birds at buildings,” the press release said, referring to such games as Angry Birds, in which cartoon birds are flung at walls.

The makers of Weed Firm vowed to get their game back up on the Apple App Store after making a few changes. Weed Firm was also removed from Google’s Play store, but Manitoba Games said the game’s publisher, not Google, caused that problem.

Marijuana is now legal for recreational use in two states. Those and another 19 have adopted medical marijuana, with Minnesota likely to join them by the end of May and Florida on track to do so in November. And 16 more states have replaced criminal penalties for simple possession with civil fines.

Yet the traditional black market drug deal remains the only available transaction for most people who are seeking weed. It’s also the only way for most people to get their foot in the door if they want to join the marijuana industry. Even many of the professionals driving legal business in Colorado and Washington State started as everyday dealers.

That may explain why a game like Weed Firm became so popular. Almost half of Americans have smoked pot, and most pot smokers have encountered a dealer of some kind or another. It’s easy to imagine that life – even if the reality of it is less exciting than the game.