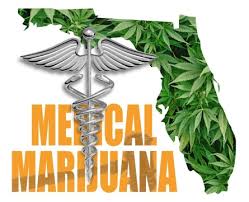 Marijuana is the new date rape drug! If medical marijuana is adopted, teens will be able to buy the drug almost anywhere! Dispensaries will be everywhere, and they’ll ruin your neighborhood! 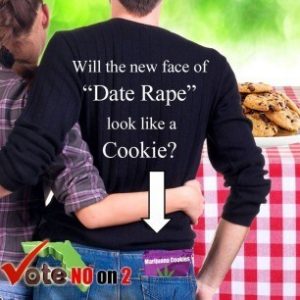 These are among the most ridiculous scare efforts aimed at defeating medical weed in Florida. Voters there will decide this fall whether to join 23 other states in adopting a full MMJ program.

The state already has a law allowing the use of non-intoxicating cannabis to treat children with seizures. This approach, popular in the Deep South, allows conservative states to help suffering children without alienating anti-drug voters, namely cops and the elderly.

But in November, voters will decide on a proposal to adopt full medical weed. Support is high – as many as 88 percent of voters support medical pot. That reality has apparently left weed opponents in a desperate situation.

First, state officials including the governor and secretary of state tried to block the MMJ initiative before the Supreme Court. They lost and the petition was certified for the ballot.

Anti-weed ads have been running in Florida for months, but the new campaign may signal a rising level of panic among the hard-right minority that opposes medical marijuana.

The group No on 2 has released several ads that attempt to frighten voters into rejecting the ballot initiative. One ad suggests cannabis edibles have become the date-rape drug of the 21st century. “Will the new face of ‘Date Rape’ look like a Cookie?” the online ad asks.

A Facebook commenter pointed out that comparing marijuana to “roofies,” alcohol, or other real date-rape drugs denigrates the experiences of real victims. It also shows a complete misunderstanding of marijuana and its consequences, the commenter said.

“Do NOT use such a traumatic experience that has nothing to do with your issue as propaganda,” she wrote.

Another classy ad features state Attorney General Pam Bondi, one of the most right-wing Tea Party politicians in the country – as if her presence would lend any credibility to the group’s arguments. Bondi has insisted for months that Morgan’s proposal would make cannabis available to anyone anywhere, including kids. 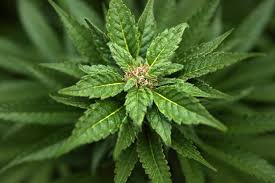 That is provably untrue, and the Florida Supreme Court rejected Bondi’s argument. The justices also rejected a contention that the initiative would give children access to the drug without parental consent. In fact, Morgan’s proposal includes strict provisions to restrict access to the drug by kids and teens.

And one other ad shows people standing in two lines. A sign above one line says “sore throat, can’t sleep, eating prob.” That line has at least a dozen people. The sign above the other line says “terminal cancer,” and there’s a single person waiting there, in a wheelchair.

The point: Presumably No on 2 thinks medical marijuana is entirely a scam, and they’ve decided to push that view by making fun of people who genuinely benefit from cannabis.

Insomnia, for example, is commonly an effect of more serious illnesses, and weed can help many people with these conditions get sleep that otherwise eludes them. The same goes for “weight prob.”: Some of the illnesses treated by MMJ, especially AIDS and cancer, can cause weight loss and wasting, and THC can get many people with these problems back to the kitchen table.