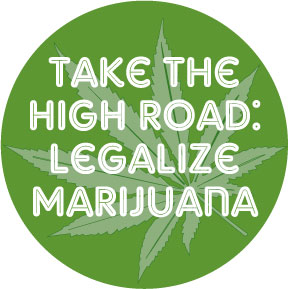 Americans view weed in a sharply different light than they have in the past, and most now want to see it made legal, a new poll finds.

It’s only the most recent evidence that a majority of the country supports legalization, coming on the heels of two other recent polls. And it supports the contention that America’s attitude toward marijuana has changed dramatically in recent years – dramatically enough that most are ready to see it sold in retail stores like alcohol.

The new CNN/ORC International survey, released Jan. 6, found 55 percent of respondents across the country said cannabis should be made legal. Just 44 percent disagreed.

That’s a remarkable turnaround from just a few years ago, and it’s in line with two polls released last year. The Gallup Poll found that 58 percent of the country favors legalization, while the Pew Research Center survey showed 52 percent support.

According to CNN, just 43 percent backed the idea two years ago, before Colorado and Washington became the first states to institute legal recreational pot. Support has essentially flipped in that short period.

During that time, those two states instituted their retail-marijuana systems, and stores have opened in Colorado to long lines and few problems. With all eyes on these programs, news about cannabis has been constant, with frequent positive coverage from outlets as big as CNN.

The new poll found the usual divides. Younger respondents favor legalization more than older respondents. Support is strong everywhere but the South, though even there 48 percent said marijuana should be legal.

Sixty-two percent of Democrats, 59 percent of independents and 39 percent of Republicans said they want to legalize. More men than women support the idea: 59 percent to 51 percent.

Notably, the survey found that cultural attitudes toward cannabis use have changed markedly in recent years. For example, in 1987, 70 percent of Americans said it was morally wrong to smoke pot. Today, just 35 percent say the same.

“Attitudes toward the effects of marijuana and whether it is morally wrong to smoke pot have changed dramatically over time,” said CNN Polling Director Keating Holland. “That also means that marijuana use is just not all that important to Americans any longer.”

Several measures of marijuana’s stigma have dropped since the early 1970s, when pollsters started asking about it. In 1972, 70 percent considered marijuana a gateway drug; now, just 47 percent do. Sixty percent believed it was addictive; that number is now at 50 percent. And 43 percent now think cannabis is physically harmful, compared to 66 percent in 1972.

“Clearly there are some reservations about marijuana, but not the widespread fear that existed during the original War on Drugs in the 1970s,” Holland said.