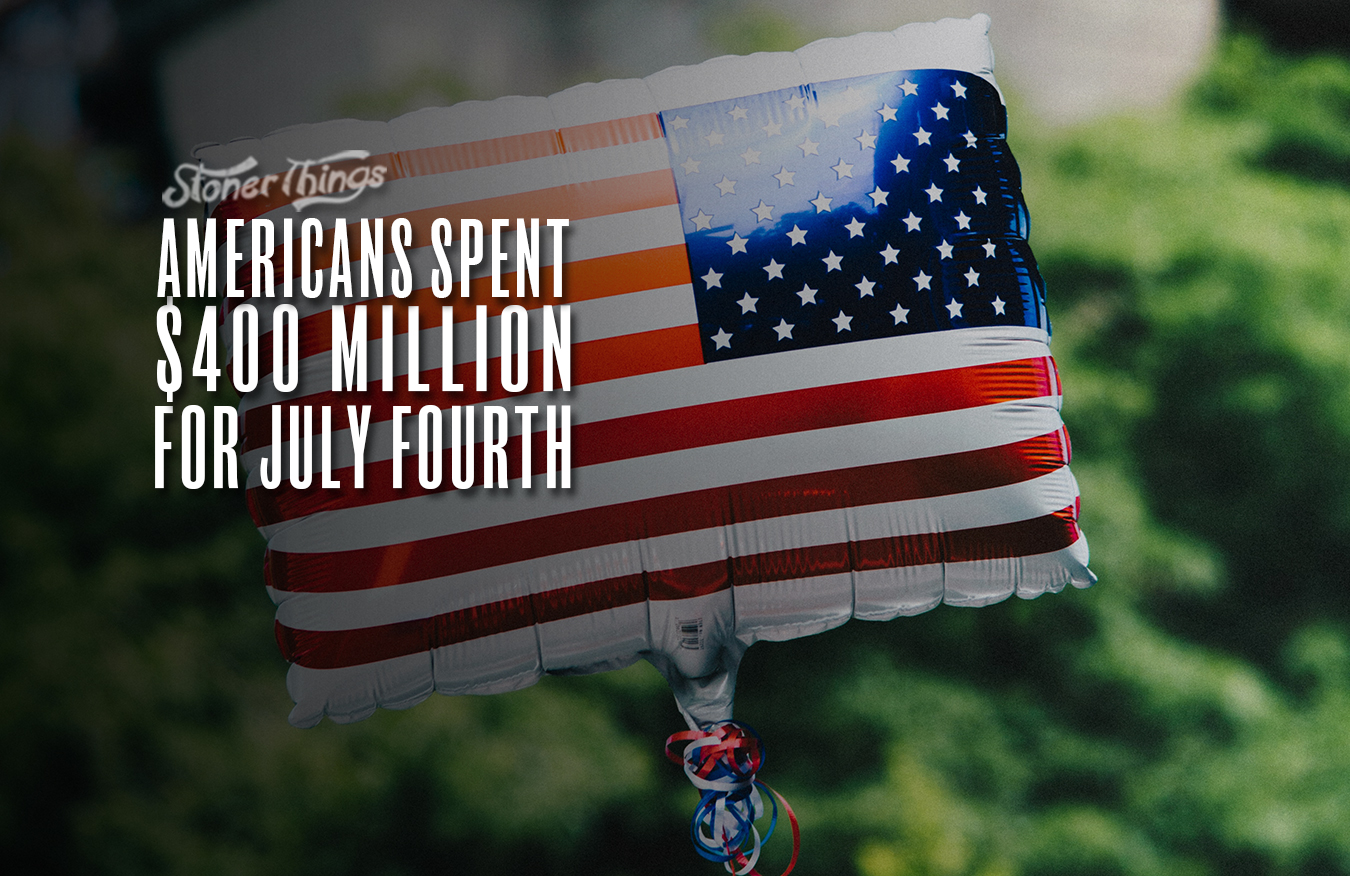 A truly “great” America is one where marijuana is legally accessible for all. What better way to celebrate our Independence than with sparking up? Many residents of and visitors to legalized states were lucky enough to spend this Fourth of July making history. This year Americans spent a record-breaking $400 million dollars on cannabis for the Fourth of July.

In the days leading up to the Fourth, cannabis sales broke record weekday sales and more than doubled the daily average. On Sunday, June 30th, history was made when consumers purchased over 50 percent more cannabis than the daily average, a number larger than any other Sunday in the past. The next day became the highest grossing Monday in history followed by the highest grossing Tuesday in history, and then the highest grossing Wednesday. There was also a slight increase in dollars spent per customer as well as number of products per purchase. This data comes from Akerna, a dispensary tech company.

The traditional way to celebrate holidays is in the past. It is ironic that cannabis sales broke records on a holiday that celebrates being proud of one’s country and encourages solidarity among the nation, since marijuana laws vary so greatly from state to state. One can legally purchase weed in one state, while in other states you get charged with a hefty crime for just possessing a small amount of marijuana. Luckily, many states are working hard to expunge previous marijuana convictions and focus less on prosecuting marijuana-related crimes. It is the responsibility of the federal government to put laws into place that allow for safe and legal cannabis consumption for all of those over the age of 21 no matter where they are located in the United States.

It’s no question that marijuana sales increase during any given holiday. Holidays mean long weekends, giving gifts, or celebrating. It isn’t uncommon for many people to choose to not use cannabis frequently during their regular day-to-day lives, but to purchase and use marijuana on special days of the year. Sometimes people report that after using marijuana for the first time in a very long time, it takes them a few days to return to normal.

There’s no scientific evidence to back up this so-called “weed hangover,” but it does deter small numbers of people from using the drug frequently. It does however suggest that one of the reasons behind the increases of marijuana sales during the holidays to be long weekends. Dispensaries should make sure to keep extra products stocked and consumers should be aware that prices may increase just as many other commodities would during a holiday. The next national holiday is Labor Day, which falls on September 2nd, where Americans can spend their long weekend trying a different kind of grinding.