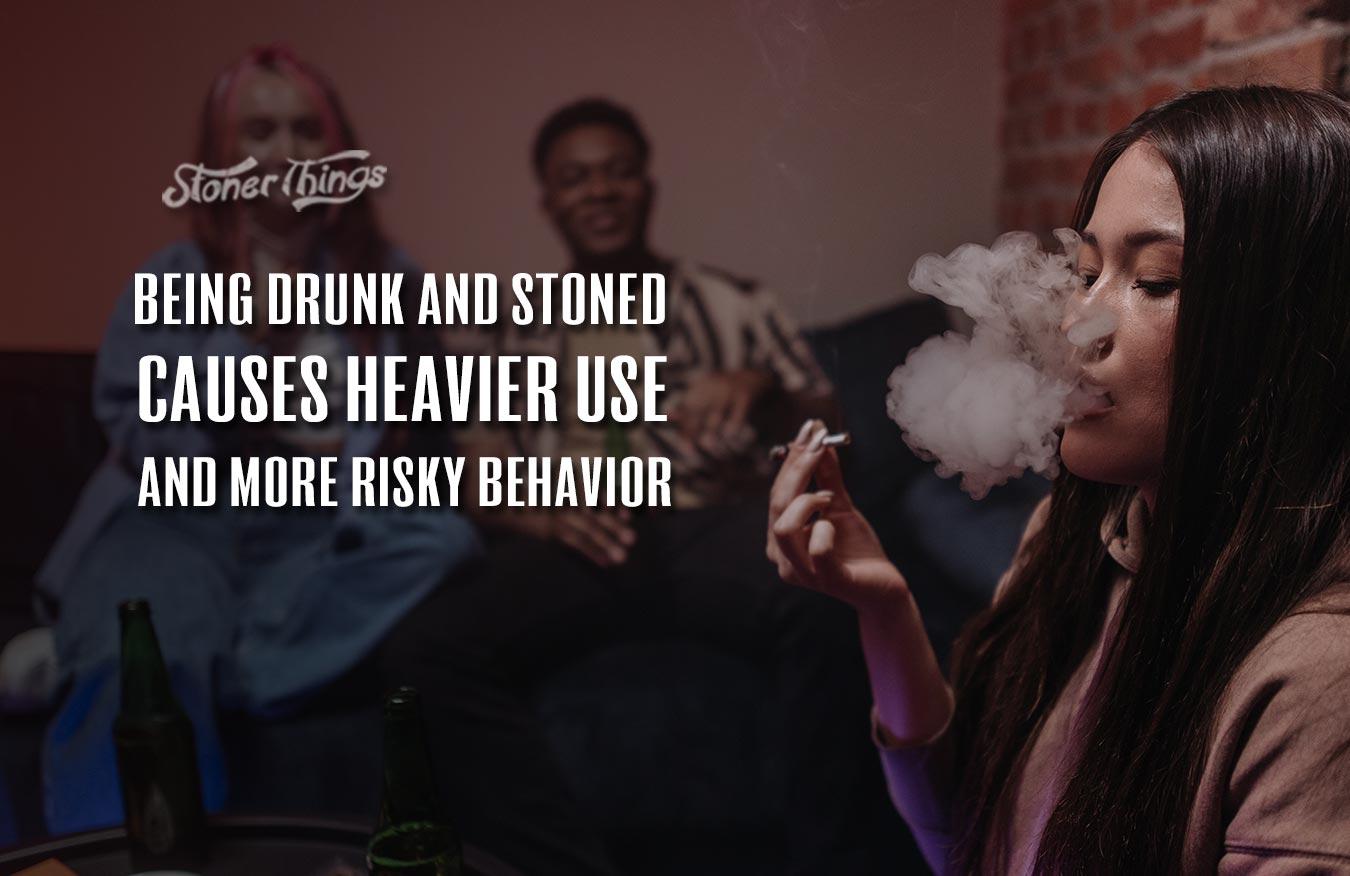 You may be familiar with the phrase “life of the party,” which dates back to the first half of the nineteenth century. It actually began as “the life and soul of the party” and was meant to describe a particularly lively person who kept the energy up at parties. According to the Dictionary of Cliches, the phrase was used in a short story about a pilot who was described as such, but was also an alcoholic. I bring this up because it’s one thing to be the life of a party, and another to live the party life all the time. Abolitionists and moralists have long painted any consumption as bad, and leading to a life of depravity. While it’s not likely that a drink at a party is going to turn you into an alcoholic, a new study does suggest that using marijuana and alcohol together can lead to more risky behavior.

It’s important to note that this study was specifically studying the use of alcohol and marijuana at the same time. That is, people who tend to drink and partake simultaneously. You could postulate that if you’re prone to drinking and smoking at the same time you might be taking more risks already. Drinking really has no medical benefit, whereas there are plenty of cannabis remedies that have been shown to be effective. Or perhaps the combination of both simply clouds the brain enough to where you may be likely to engage in riskier behavior. Well, researchers weren’t looking at whether you’re more likely to climb atop a skyscraper or fly a helicopter while stoned. They were looking at abuse.

The study from Penn State involved over 1,000 people, which is a good statistical sample size. The ages were between 18 and 25, prime for risk-taking behaviors. The participants were from across the USA. Researchers wanted to learn more about how people might be using pot and booze together, and what effects that may have. This included asking participants about their perceptions, like “how much do your friends drink?” In some cases, the results were surprising.

Not so surprising: Respondents who use both are more “sensation seeking” than others. They saw patterns that suggest these same people are at a higher risk for “heavy, frequent, and problematic substance abuse.” Although the myth of marijuana being a “gateway drug” has largely been dismissed, this study seems to indicate more of an underlying proclivity to abuse substances given certain personality traits, which are exacerbated when substances are combined. Of course, using two substances together means adding effects. It could even indicate a multiplier effect on things like cognitive impairment.

According to the study, “…70 percent of those who engaged in simultaneous use reported using at least weekly.” Further evidence in the study shows that people who consumed cannabis and alcohol together were more likely to drink more alcohol, more often, and for longer periods of time. It does seem to indicate a propensity for overdoing it, but interestingly respondents who frequently imbibe both also didn’t feel that they drank as much as their peers. The study indicates that’s not true, showing that perceptions about drinking and smoking can be quite different from the reality.

What does all this mean? For researchers, it meant looking at intervention and abuse education programs to suggest factors beyond using one or two substances. If a student is drinking and smoking, maybe getting them to stop drinking is the best approach, as opposed to quitting everything all at once. It also means that psychology plays a major role in abuse, and that may be indicated by consuming more than one thing at a time — or not. It’s important to remember that studies show trends and potentialities, and aren’t prescriptive. Still, knowing that alcohol has far less medical benefit than cannabis, it’s probably not a bad idea to keep them separated.