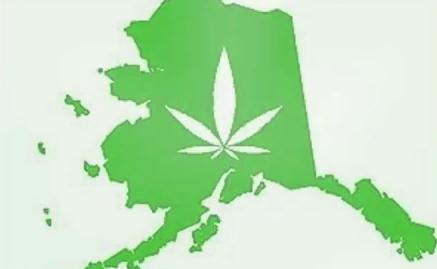 Alaska rightly takes pride in its strong libertarian lean. People go there to get away from the rules of everyday society, after all.

It’s not terribly surprising, then, that Alaska was the real first state to legalize weed. And if voters decide to make things official in 2014, it may also be the next.

Supporters of an initiative to formally legalize marijuana in Alaska have gathered more than half the signatures they need to put it on the primary ballot next year. They’re aiming for 45,000 signatures, 15,000 more than they need.

Weed has been de facto legal in Alaska for almost 40 years, though its technical legality has flip-flopped over the decades. In essence, state lawmakers say it’s illegal while the courts say it’s legal, and the courts win.

A landmark case in 1975 declared pot legal in Alaska. Irwin Ravin, a Homer resident, set up his own arrest for pot so he could challenge possession laws under privacy protections newly added to the state constitution. The case made it to the Alaska Supreme Court, which ruled unanimously that the state Legislature couldn’t outlaw simple possession in the home by adults.

Once the war on drugs set in in the 1980s, Republican lawmakers tried desperately to ban pot again while Democrats stopped them. Finally, in 1990, voters approved a ballot initiative imposing criminal penalties for minor possession.

It didn’t matter: The Ravin decision still stood, and the courts ultimately struck down the voter-enacted law in 2003. In the meantime, almost no one was prosecuted. 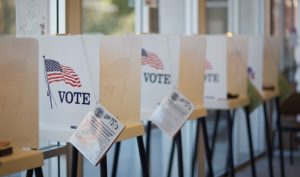 Now polls show much stronger support for legalizing marijuana. A survey earlier this year by Public Policy Polling – a Democratic organization but one widely considered to be accurate – found 54 percent support for the idea in Alaska.

As in other states considering legalization, including California, Arizona and Oregon, Alaska’s effort has been buoyed by recent news from Washington, D.C. The Justice Department announced in late August that federal prosecutors have been instructed not to interfere with states that have legalized – and not to go after businesses that sell pot, as long as they conform to rigorous state laws.

How closely those orders will be followed by U.S. attorneys remains to be seen, but the news should make it even easier to sell legalization to tentative voters. And in a state that has already tolerated weed for years, it may be a relatively easy sell to begin with.

“I’ve had a lot of people talk to me about that since then,” said Timothy Hinterberger, the main sponsor of the proposal. “I think that shows that we are on the right track in thinking that things are really changing, both in federal policy as well in public sentiment. It eliminates one of the arguments you sometimes hear against an initiative like ours – it doesn’t matter what we do locally as a state because the feds will still step in.”