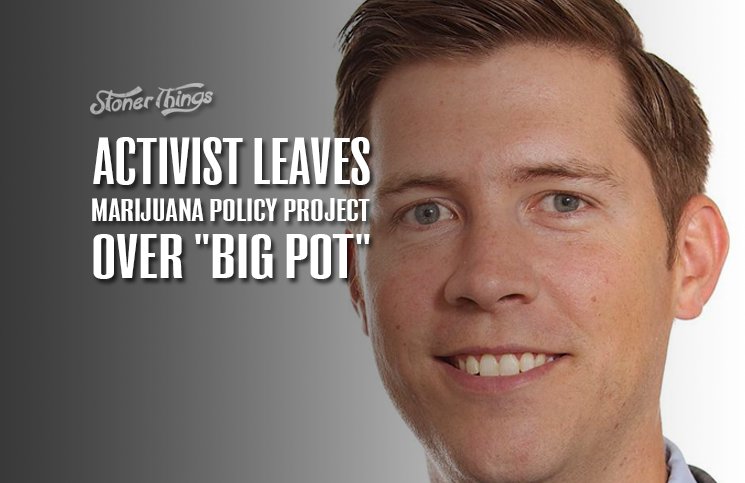 A big player at one of the nation’s biggest pro-marijuana groups is leaving his job, complaining that the burgeoning cannabis industry is taking over the legalization lobby. 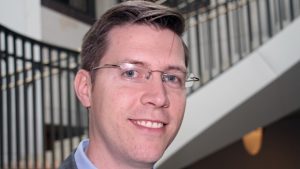 Dan Riffle, federal policy director for the Marijuana Policy Project, announced in November that he was quitting his job. In an email to fellow activists, he explained that the legal marijuana “industry is taking over the legalization movement and I’m not interested in the industry.” Riffle’s resignation came the same day the MPP launched a lobbying campaign funded by the cannabis industry.

“I think it is a pretty stark example of the kinds of things I was concerned about and that were the reasons why I left,” Riffle said. “I felt for the last few months the industry was kind of dominating the legalization movement’s work in general, and MPP’s specifically.”

Riffle is far from the first person to complain about the influence of the growing industry. Anti-marijuana groups routinely compare “Big Marijuana” to Big Tobacco, the collection of large cigarette manufacturers notorious for peddling nicotine to children.

There are at least two critical problems with this line of thinking. For one thing, cannabis is and has always been a commodity. Whether legal or otherwise, it’s a cash crop and a keystone of modern capitalism. You couldn’t separate the marijuana from the money no matter how hard you try.

For another, cannabis doesn’t directly compare to any other product or plant, including alcohol and tobacco. Both those substances are known to be toxic if abused, while marijuana toxicity is a fiction.

Conflicting interests in the industry

But Riffle has a point: Even if we’re not talking about cigarettes, we’re still talking about an intoxicating drug. That means the government could have an interest in regulating marijuana beyond simply banning it or allowing it, Riffle notes. There might be reasons to limit potency, discourage abuse, and restrict access to certain people, and those goals could conflict with the wishes of the for-profit industry.

It’s a rather strange argument in a country where you can still buy some lethal synthetic drugs legally, in the open. Cannabis carries risk, but it doesn’t kill teenagers like those chemicals, and it doesn’t lead to massive public health problems like liquor and tobacco.

Riffle’s comments will doubtless play into the hands of Kevin Sabet and his fellow anti-marijuana warriors. These activists have been fighting legalization at every turn, and their favorite claim in recent months is that cannabis will replace nicotine as the deadly drug of choice for youngsters.

There’s simply no evidence to back that up, but there’s a certain element of the legalization movement that sympathizes. Stoners like to think of themselves as laid back, beyond the reach of greed, concerned only with life and health. But that’s nonsense. Potheads are grabby just like everyone else.

It’s not reasonable to expect that legal marijuana will go non-profit. There’s too much money to be had for too many people, not least the public. The massive tax revenues generated by the industry all but ensure local, state, and federal governments will continue to back a for-profit model.

But that doesn’t mean Riffle is entirely wrong. He and other pro-legalization activists have pointed to the recent fiasco in Ohio as proof things can go south when money is the central focus. A proposal to legalize marijuana in that state failed at the polls last month after voters turned on its monopolistic structure.

The plan would have located 10 cannabis farms on property owned by the interests that backed the initiative financially. It smelled to high heaven, and voters wanted nothing to do with it. It didn’t help that proponents tried to sell the idea using a superhero named “Buddy” who dressed as a nug of cannabis.

Of course, there is a certain cultural sensibility that goes with using marijuana, one that tends to value human rights and freedom over cash. Observers say there is some reason to be concerned.

“We’re entering a new era of marijuana law reform in which the influence of funders and organizations driven primarily by concerns for civil rights and personal liberties, and not by any financial interest in legalizing marijuana, will be superseded by people and corporations driven largely by their pursuit of legal profits,” said Ethan Nadelmann, founder of the Drug Policy Alliance.

But it’s unlikely this concern will derail legalization or prevent the further spread of for-profit cannabis. There is already too much money involved, and too much more to be made, to turn back now.