With marijuana having been legalized for medical use in 23 states all over the country, more and more people have become informed with regard to what the plant is all about and what its effects are. Nowadays, you can hardly go online without coming across someone who is thoroughly knowledgeable about marijuana. However, there is always something new to learn, and some facts are a bit more unusual than others. Here are 9 little known–and slightly unusual–facts about marijuana.

Hemp cultivation used to be encouraged by the U.S. government
Back before hemp and marijuana were prohibited, the U.S. government actually encouraged Americans to grow hemp. In fact, there was even a law implemented in 1619 requiring farmers in the country to grow hemp. The value of hemp was highlighted by its use in the Declaration of Independence and the first flag of the United States.

Hemp was invaluable in the World War II effort.
Hemp was actually instrumental in helping the U.S. government to defeat the Nazis during World War II. The government even saw fit to produce a wartime documentary entitled “Hemp for Victory”, in which the virtues of the plant were extolled.

Marijuana has been used for medical purposes for thousands of years
Known as Ma in Ancient China, marijuana was used for a variety of purposes–including food, fuel, clothing, and medicine–since 6,000 B.C. It is now thought that marijuana was used even long before then, with the earliest reference to medical marijuana dating back to 2737 B.C.

Marijuana may actually be beneficial for the lungs
Although tobacco smoke has been linked with a number of serious health conditions, marijuana smoke has been find to be not nearly as harmful. In fact, some studies have shown that, far furthermore being dangerous, marijuana smoke may actually be beneficial to the lungs. This was shown in a paper published by the UCLA in 2005. 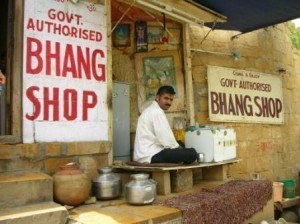 Hemp can save the planet
The hemp plant has numerous benefits that go beyond even the considerable medical benefits of marijuana. From fabric to food, fuel to furniture, the ways that hemp can benefit the planet are endless.