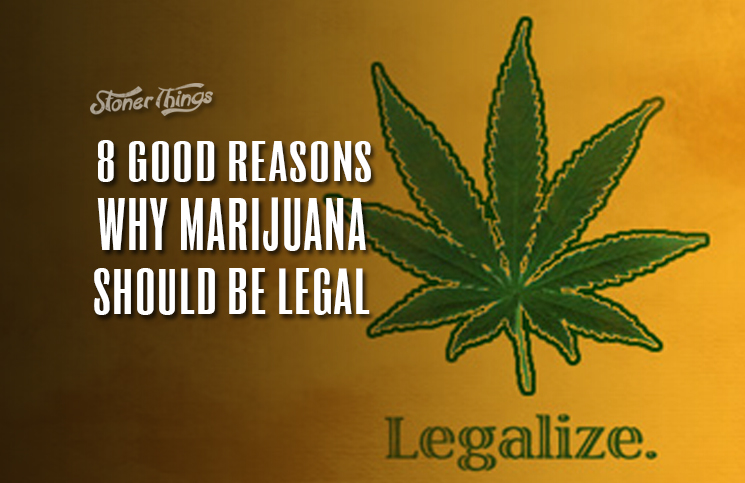 It is amazing to think there are still many people who believe that marijuana should remain illegal. If you need some facts to tell a legalization critic about why marijuana should be legal, this list should give you plenty of factual ammunition!

If there is anything that the government should have learned from alcohol prohibition, it’s that it doesn’t work. Unfortunately, this hasn’t stopped the government from implementing criminal penalties in order to prevent the population from using marijuana. Just how ineffective is this method? Considering that more than 25 million people continue to use marijuana, we’d say that prohibition is not really happening.

2. Possession laws are prejudiced against minorities

3. Legalization would reduce teenage use of marijuana and other drugs

It is a widely-held belief that legalization would increase the use of marijuana among teens. But studies have shown that it would actually have the opposite effect. With marijuana made legal, there wouldn’t be much profit to be made by selling it to teens. This can be deduced by looking at alcohol and tobacco, and the lack of incentives to sell them to teens.

Black market marijuana is primarily controlled by criminal organizations that cultivate and sell it, reaping practically all the profits. By legalizing marijuana, the trade would be taken away from these organizations, with the revenue instead being coursed into legal government channels.

5. Legalization would encourage the development of hemp as a valuable agricultural crop

Hemp – of which the marijuana plant is only one variety – has been recognized as a valuable potential source of bio-fuel, which will not only reduce carbon emissions, but reduce dependence on fossil fuels as well. By legalizing marijuana, we can have a much more environmentally friendly source of fuel without increasing the demand and prices of common commodities.

6. Prohibition is based on disinformation and outright lies

Some of the most common arguments for making marijuana illegal are based not only on half-truths and exaggerations, but outright lies. By propagating the practice of distorting facts and selective use of scientific findings, the credibility of educators, lawmakers and scientists may be tarnished.

7. Marijuana is much less harmful than alcohol and tobacco

Although it is by no means totally safe, marijuana is much less harmful to human health than alcohol and tobacco. Both of these legal substances cause billions in healthcare costs and lost productivity every year. When you compare these costs to the negligible effects of marijuana, the point becomes particularly clear.

Finally, marijuana has known health benefits. Although opponents of legalization continue to hold on to beliefs that marijuana has no medicinal value, scientific research has proven time and time again that it can be useful in the treatment or easing of the symptoms of certain diseases.

As you can see, there is a whole host of reasons why marijuana should be legal. As time goes on, and more studies are carried out on legal weed economies, such as Colorado,  these benefits will become very difficult to ignore.

Ben Walker - Jan 24, 2020
0
This probably isn’t news to anyone who has ever stubbed their toe on something, but absolutely nothing in the world is entirely harmless. You...