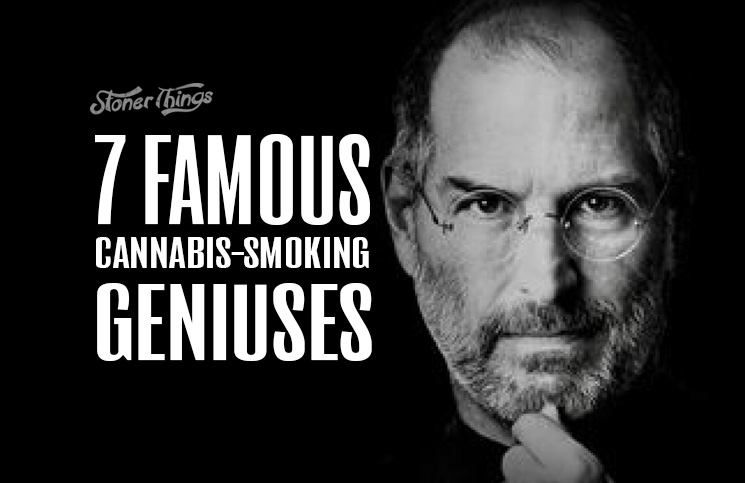 Some of the longest standing myths about cannabis say that it makes habitual users ‘slow’, ‘unmotivated’, or exhibit any number of other negative traits or character flaws. Although many of these so-called effects have long since been debunked by medical science and anecdotal evidence, fallacies and falsehoods die hard. Many still believe that marijuana use somehow equates to being a loser.

But these gentlemen might have a thing or two to say about that. Representing a solid rebuttal to all the critics and haters of cannabis in all its forms, here are seven certified geniuses who not only support legalization, but have succeeded at life as well.

One of the foremost authorities on world travel, Rick Steves is about as far removed from the typical stoner persona as anyone could be. The head of a hugely profitable venture that centers on his encyclopedic knowledge of the world across the borders, Steves is also a passionate cannabis legalization advocate, who is NORML board member and a frequent speaker at events such as the Hemp Festival at Seattle.

Most famous for his long-running TV show “Cosmos”, Carl Sagan was a nerd’s nerd long before the word even became part of popular culture. With PhDs in astrophysics and astronomy, no one would ever mistake Sagan for a typical stoner. And yet, Sagan wrote a particularly glowing essay espousing the value of cannabis in terms of producing “serenity and insight, sensitivity and fellowship”. Although the essay in question was published under a pseudonym, Sagan later made his views on marijuana public. 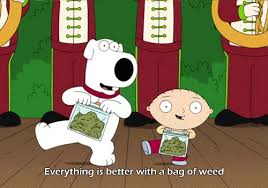 Seth MacFarlane is the creator of “Family Guy” and a host of other stoner-friendly TV fare, which is why it is hardly surprising that cannabis is frequently featured in his shows. Although he has since claimed to have gone off the weed, this didn’t stop MacFarlane from being named one of the 50 most influential marijuana users in 2013.

This may seem a bit of a stretch considering that Neil deGrasse Tyson has gone on record to state the negative effects of using mind-altering substances as a means of achieving understanding. Nevertheless, many of Tyson’s statements seem to be right in line with marijuana legalization policies, particularly as they pertain to getting a clearer idea as to what governs life and existence.

Getting back into more familiar territory, Seth Green is a celebrity who fits both the nerd and stoner model to a T. The driving force behind one of the highest rated programs on Cartoon Network, Green seems to have a casual relationship with cannabis, although he has stopped short of actually admitting it. Nevertheless, his brand of humor is right up the alley of most stoners, which should be a telling indicator in itself.

Bill Gates is more than just a nerd. He is by most accounts likely the ubernerd, before which all pretenders bow down and pay homage. The inventor of the ubiquitous Windows operating system and billionaire a couple of times over, Gates is an open advocate of marijuana legalization and was reportedly a regular user back in college.

Nerds and rap music aren’t two things that most people would normally associate with each other, but MC Chris has changed all that. One of the brightest young stars of a genre affectionately known as “nerd-core”, MC Chris follows in the tradition of rappers who make no secret of their affection for the kind bud.

If there is anyone who could lay claim to an equal share of the ubernerd status dominated by Bill Gates, it would have to be Steve Jobs. Apple’s former CEO and the brains behind the iPod, the iPad, the iPhone, and a host of other undeniably cool stuff was largely responsible for making it cool to be a nerd. He has also made no secret of his love for the weed, claiming that marijuana and hashish made him “relaxed and creative”.