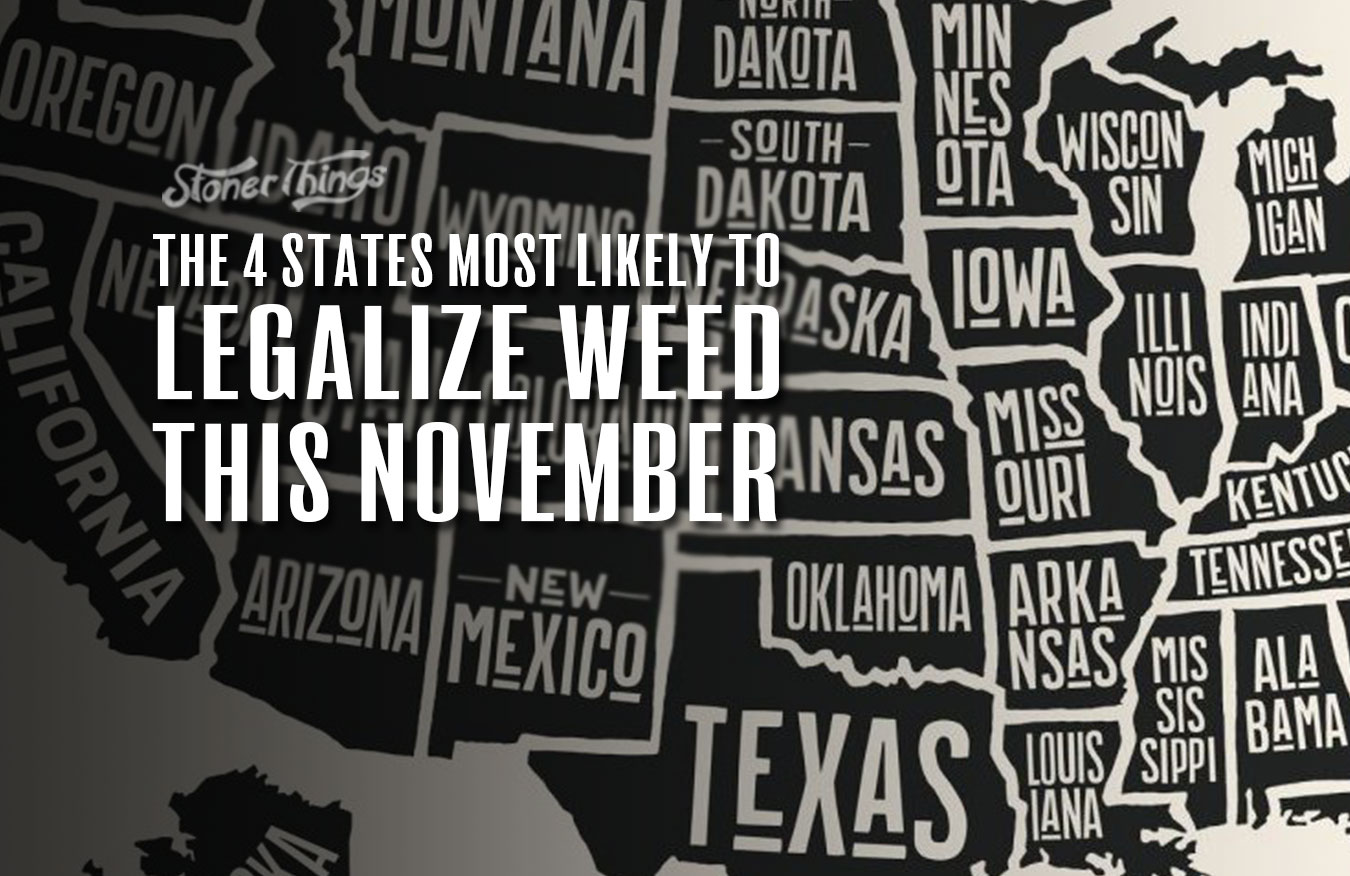 The waves of legalization across the U.S. have come after years of protests, lawsuits, documentaries, petitions, media campaigns, grassroots activism, leadership, and political dealing. So far, 33 states have legalized at least medical marijuana, and 11 states (plus D.C.) with recreational weed. Coming into the fall/winter legislative sessions, there are a number of states pondering new laws around marijuana — but which ones are going to get the job done? Even in New York, legislators have fumbled the ball in the final seconds, so where are we really likely to see legal weed in November?

According to financial site The Motley Fool, the legal pot business raked in over $10 BILLION in 2018, a number expected to more than quintuple in the next 10 years. States are realizing that despite decades of propaganda, pot’s potential financial opportunities outweigh the fear campaign. That is, some legislatures are looking to cash in on the cash crop that’s sweeping the nation.

Some states might be expected to legalize, like New Jersey. But since each state has specific rules in each constitution, it isn’t always a matter of a straight vote. New Jersey lawmakers had to first pave the way for an amendment to their state constitution, for example. Still, New Jersey is very likely to pass laws legalizing soon as the initiative has wide support and a vote on the amendment to legalize should be on the ballot this November.

Arizona is a bit of a legislative mess, and its politics have at times been chaotic, but there’s a good chance of legalization if the measure is again put up for a popular vote. Previous votes have knocked back hopes, failing by increasingly small margins, but the hope is persistence will pay off. In 2016 Arizona was one of nine states with legal pot on the ballot but the only one where it failed. Will history repeat? Statistically speaking, these measures do better the second go-round, and support seems to have grown in the meanwhile.

South Dakota is trying to split the difference, giving voters the option of legalizing either medical pot or recreational — or both! Two measures are up for a vote, one that would amend the state’s constitution and legalize recreational marijuana. The other is simply a “measure” which would establish a state-run medical pot program for those with qualifying disabilities. It’s an interesting take, but the recreational measure would also require medical programs be created no later than 2022 as well.

The Motley Fool says a dark horse candidate for legalization is Mississippi. The state’s politics run deeply conservative, socially and financially, but the lure of taxable goods may be too much for the pearl-clutching remnants of the legislative elders to ignore. The state’s proposals are about as restrictive as one might imagine, however. One measure would open up medical use to about 20 conditions, while the other basically relegates use to terminally-ill patients. Luckily medical measures are the first steps toward full legalization, so the opportunity for patients to choose a remedy other than pills could be too good to ignore. Progress, perhaps, but slow at that — if it even passes.