Frank Sinatra sang it best: It was a very good year.

Weed went legal in two more states. The nation’s capital legalized. Reform progressed in much smaller ways across the country. Even the one loss for cannabis advocates, in Florida, was as much a victory as it was a defeat.

In history books, 2012 will likely get all the credit for the events that followed. That was the year voters in both Colorado and Washington State became the first in the country to legalize pot under state law.

Of course, those events followed a crescendo of cannabis reform that started 50 years ago. But those years, too, will likely be passed over by historians exploring the origins of legalization.

All the same, 2014 was a grand moment for marijuana proponents. Two more Western states – Oregon and Alaska – voted to legalize recreational pot. Both states decriminalized in the 1970s, and both states now allow medical weed. Recreational legalization was the next logical step.

Making the situation even better, reform will be all the more attractive in the years to come. Now it’s no longer just an ‘experiment’ that could go either way. Now it’s a successful policy approach that has generated jobs, medicine, and millions of dollars in tax revenue.

Washington, D.C., also voted to legalize, but reform is in doubt there. Congress has forced the District to delay implementation of the new law for at least a year, until the next budget bill passes in 2015.

The bar on legalization could die that year, or Congress could choose to extend it. Since the GOP will control both houses of Congress, it’s more likely they’ll re-approve it. President Obama could veto the rule, but that would risk this year’s federal budget. So there’s a good chance D.C. won’t see legal weed for quite a while.

Marijuana also lost a fight in Florida, but that was the only major defeat on Election Day. Voters in Florida rejected a proposal to allow medical marijuana. The ballot initiative failed because it didn’t win 60 percent of the vote, as required by state law. It came close, though: 58 percent voted yes.

The dawn of recreational pot outlets

2014 also saw the dawn of legal pot sales in Colorado and Washington State. Jan. 1 was opening day for pot shops in Colorado, an event that went swimmingly for the cannabis industry. Washington’s stores opened in July, though they quickly ran into pot shortages. The market there is gradually improving. 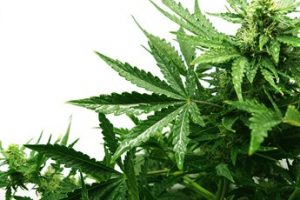 There were big developments on Capitol Hill, too. At the same time Congress voted to ban legalization in D.C., lawmakers passed a budget amendment protecting medical marijuana patients across the country. It was the first major act of federal cannabis reform, and it could be a sign of more to come.

The feds also cleared the way for Native American reservations to legalize weed. Philadelphia became one of the largest cities in the United States to decriminalize simple possession. Washington, D.C., also decriminalized, meaning that even if the legalization vote doesn’t take effect, it will still be almost legal.

There were other big moments for marijuana: Obama acknowledged publicly that marijuana is safer than booze. CNN’s Dr. Sanjay Gupta changed his mind and came out in favor of medical pot during a major segment on the issue. The New York Times came out in full-throated support of reform.