20 Facts You Should Know About Marijuana

1. In the United States, the number of people who try marijuana for the first time is 6,000 per day–and still growing!

2. It takes an extraordinarily large amount of marijuana to kill a person: about 800 joints. This is way more marijuana than any single person could ever smoke in one sitting.

3. There are nearly 2,000 slang terms for marijuana in the United States. Some of the more common examples are pot, weed, ganja, hemp, grass, and bud.

4. THC, or tetrahydrocannabinol, is the primary component of many strains of marijuana.

5. It takes only one acre of marijuana to produce products and by-products equal in value to two to three acres of cotton.

6. Hemp is used to produce fabrics that are used in a wide variety of clothes and accessories. The most common products made from hemp fabric are pants, shirts, and bags.

7. Fabric made from marijuana plants are much softer than fabrics made from cotton. They also last twice as long.

8. It only takes one acre of hemp to produce an equivalent amount of paper as 4 acres of trees.

10. Hemp paper will last more than a century without significant deterioration.

11. It only takes 120 days for hemp to grow enough to be of value to industry. In contrast, it will take years for trees and other plants to produce paper and wood.

12. Hemp seeds are actually a very nutritious food source. The seeds of the plant can produce protein more economically and of higher quality than protein obtained from soy beans.

13. Hemp can be used in the production of flour that can then be used for making bread and other bakery goods. It is also often used in the manufacture of soybean-based products.

14. Hemp is an entirely non-toxic source of fuel. It can be used in the production of ethanol and other fuel ingredients used in industry.

15. Hemp is a highly regarded plant not just by scientists and medical marijuana proponents, but by former presidents of the United States as well. Many of these presidents have cultivated hemp themselves and wrote extensively of its properties.

16. Many former presidents of the United States were lifelong advocates of hemp and campaigned actively for its cultivation. For these early supporters, the plant serves an essential purpose to society. 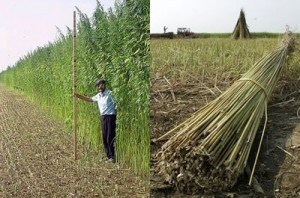 17. Marijuana is thought to have many health benefits, but one of the most interesting is its ability to encourage the production of dopamine in the brains of humans.

18. Marijuana does not cause any physical dependency unlike opiates and alcohol. It is also much less psychologically addicting than alcohol or tobacco.

19. The number of people who smoke marijuana every day is estimated at 14.6 million. There are countless more that use it only occasionally.

20. Marijuana has a number of proven medical benefits. Used recreationally, it is much safer than many other products containing alcohol, caffeine, and nicotine.