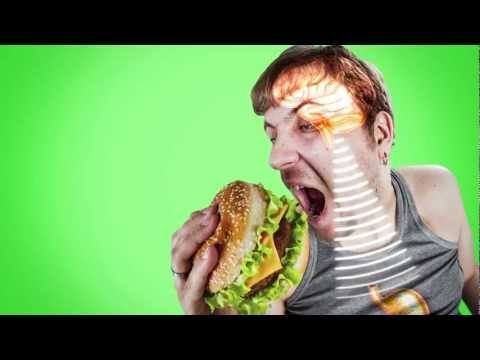 Munchies are just as much an expected consequence of smoking weed as red eyes, cottonmouth, and popping in a Journey 8-track. Everyone gets the munchies at some time or another, and even if you have been smoking for many years, you are still bound to feel the familiar weed-fueled hunger pangs from time to time.

But what if you are stuck at home broke with nothing good in the fridge or in the pantry? Worse still, what if your culinary skills are decidedly lacking and you don’t even have a clue how to turn the stove on? Here are some ideas for odd, but potentially tasty concoctions you can throw together with a few basic ingredients that you probably already have in your kitchen.

Hummus on wheat crackers
These can be pretty tasty and they can look surprisingly impressive as well. Best of all, they are also healthier than most other options on this page. Add a sliced olive for even more flavor and a nice splash of color. 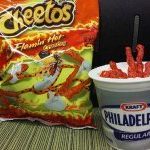 Cheetos with cream cheese dip
You can use any chips of your choice for this one, but you just can’t go wrong with Cheetos. The saltiness of the chips combined with the smooth texture of the cream cheese makes for a satisfying bite.

Instant Ramen
Sure their pretty bad for you with the sodium and all, but there is no denying that a big bowl of steaming ramen can really hit the spot. Try sprinkling the powder on top instead of mixing it in for a surprisingly tasty treat.

BBQ sauce on pretzels
If you have some pretzels–preferably the warm, soft variety–why not dress them up with some BBQ sauce? Not exactly barbecued ribs, but it will suffice in a pinch. 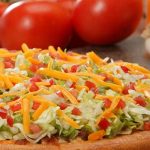 Thinking of ordering a Mexican Pizza but want to see how far you can take it? Get a taco to go along with it and crumble it on top of the pizza. Top it off with plenty of hot sauce and get wild and crazy!

Spaghetti pizza
While we’re on the pizza theme, you may also want to try making a batch of spaghetti pizza. Take some leftover spaghetti, spread it over a pizza crust, add plenty of cheese on top, and pop it in the oven. After a few minutes, you are ready for a superb snack.

Doritos with goat cheese
Doritos is that other brand of chips that every true-blooded stoner is familiar with. Melt some goat cheese to dip it in, and you have a crunchy and tasty treat that will definitely satisfy. 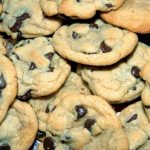 This one is pretty unusual too, but its not as weird as you might think. The saltiness of the bacon actually serves as a great counterpoint to the sweetness of the cookie, making for an interestingly tasty flavor combination.