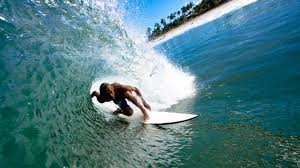 Let’s face it: a lot of stoners would like nothing better than to just veg on the couch all day–preferably with a tasty snack, a cold drink, and something good on the tube. However, there are probably just as many stoners who like to get up and actually do something. Those who enjoy Sativas–strains which tend to energize rather than sedate, as Indicas do–often feel especially inclined to resist the lure of the couch. If you have ever wanted to give in to your adventurous spirit and try something new, these ideas may inspire you. 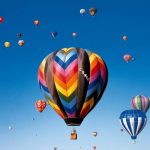 If you like getting high, why not take it a step further by actually getting on a hot air balloon? Few experiences can compare to being several hundred feet in the air with only an oversized balloon keeping you aloft. It may seem pretty frightening to be sure, but the experience is likely to be unforgettable.

If you aren’t in a committed relationship, you might want to try exploring someone who belongs to the same group of people. Stoners make for the coolest and chillest love interests, and you are bound to have a great time while it lasts.

3. Guide someone on their first pot experience

If you know someone who is dead-set on trying pot for the first time, the least you can do is to serve as a concerned and conscientious guide. Everyone needs someone to walk them through the entire experience, and possibly talk them down if they get too high.

4. Light up with an older relative

So many people are smoking up nowadays that you are bound to have an older relative who partakes as well. Smoking with one might just be one of the most rewarding experiences you can have, and it is definitely worth trying at least once.

Most longtime stoners have probably tried this already, but not everyone is fortunate enough to have a willing partner who partakes as well. If you have followed the previous suggestion to find a stoner partner, having a blazed-up roll in the hay should be an eventual step.

6. Go crazy in the kitchen

Even if you aren’t especially skilled in the kitchen, there is a lot you can do with the right ingredients, an experimental bent, and plenty of bud. Add to that a stoner palate that is pretty tolerant and accepting of new and unique flavors, and you might just come up with a gustatory masterpiece.

7. Check out some nature spots

As a stoner, you have probably already seen and enjoyed some pretty impressive sights. But why not kick it up a notch and go somewhere really special? National parks are always a great choice, but don’t neglect coastal attractions, mountains, and even deserts as well.

8. Take in a Vegas extravaganza

Few shows are as awe-inspiring as a Vegas extravaganza. Slightly cheesy, somewhat tacky, but always hugely entertaining, a good Vegas show will definitely blow your mind.

9. Spend all day at an amusement park 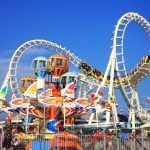 If you live anywhere near Disneyland, don’t stop to think: just get up and go! If not, plan a trip to a good amusement park in the vicinity for a stoned holiday you won’t soon forget.

Finally, consider making a trip to the undisputed pot capital of the world. With plenty of coffee shops that offer a variety of cannabis offerings, this is one destination that will make for plenty of happy memories.