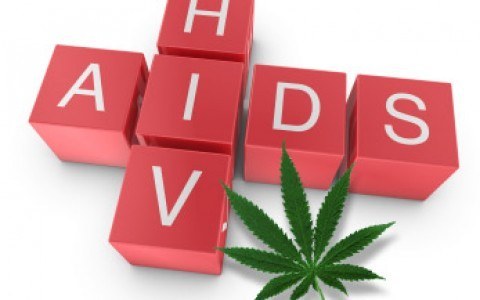 It’s long been common knowledge in the medical marijuana community that weed is an effective treatment for the symptoms of HIV/AIDS, whether they be appetite loss or chronic pain.

But new medical research suggests pot may be good for something even more significant: It may help stop the spread of HIV in patients infected with it. For a year and a half, scientists at Louisiana State University gave a daily dose of THC – the psychoactive chemical in weed – to monkeys who had been infected with an animal strain of HIV. The researchers noted a decrease in damage to immune tissue in the monkeys’ stomachs.

That’s one of the most common parts of the body for an HIV infection to spread, which it does by killing off immune cells. The primates who received THC suffered less damage to their immune cells, indicating the chemical made it harder for the infection to reproduce.

“These findings reveal novel mechanisms that may potentially contribute to cannabinoid-mediated disease modulation,” wrote Dr. Patricia Molina, the study’s lead author. Results of the study were published Feb. 7 in the journal AIDS Research and Human Retroviruses.

In 2011 Molina led a team that conducted similar research and found THC improved the survival rate of monkeys with HIV. A study released in 2012 discovered that substances that activate the brain’s “cannabinoid receptors,” including marijuana, fight HIV in late-stage patients.

These are far from the only major breakthroughs regarding cannabis as medicine in recent years. In an interview in January, a well-known professor of neuroscience, “If you do anything, such as smoke a bunch of marijuana in your 20s and 30s, you may wipe out all of the inflammation in your brain and then things start over again,” said Prof. Gary Wenk of The Ohio State University. “And you simply die of old age before inflammation becomes an issue for you.”

Aside from those medical powers, pot is well known to provide relief to cancer patients undergoing radiation treatment or chemotherapy. It’s also used to treat the symptoms of a long list of diseases, from glaucoma and multiple sclerosis to post-traumatic stress disorder and epilepsy.