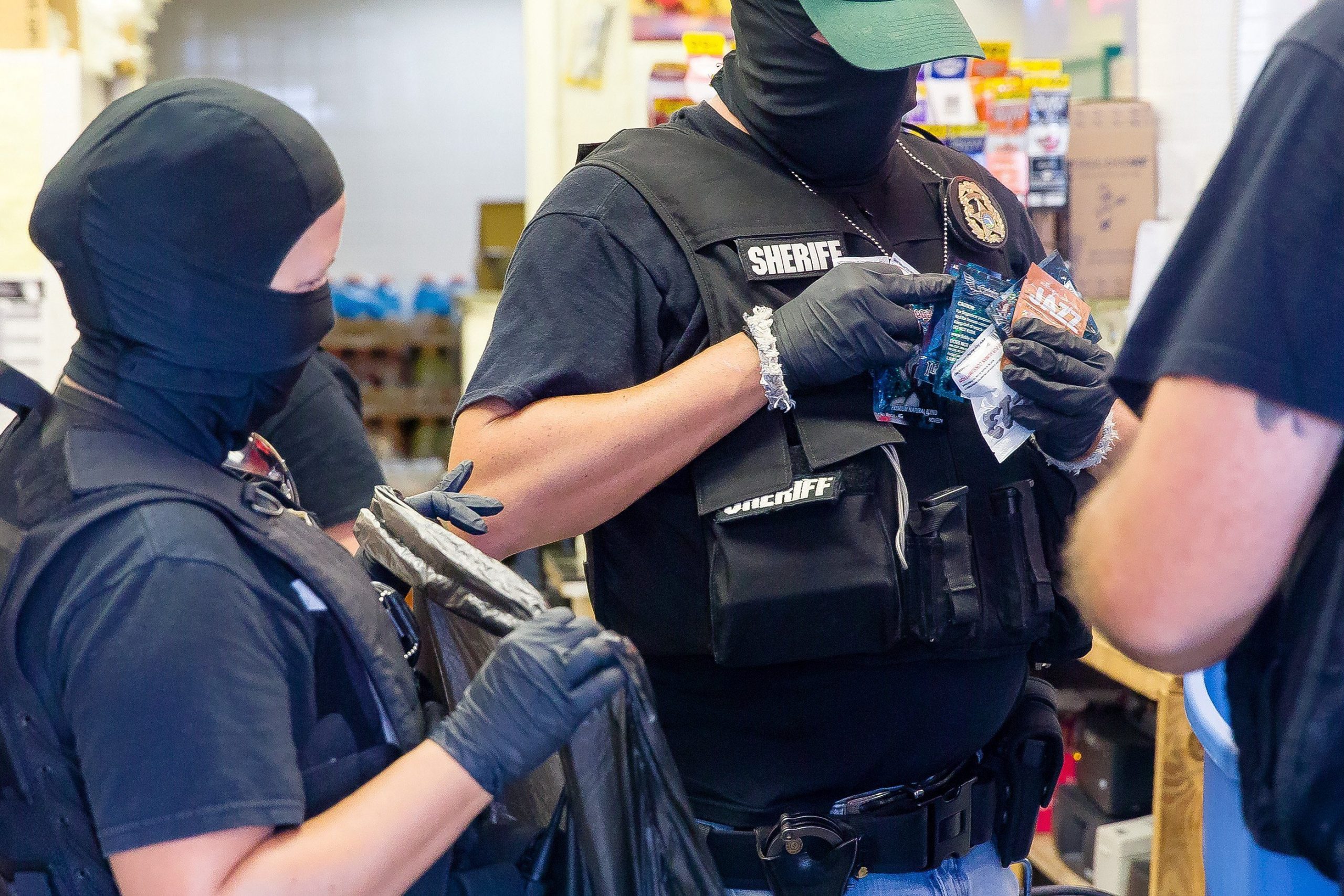 The DEA busted a major synthetic marijuana distribution ring in Texas in early June, saying agents are on a tear against the illegal drug.

“This is a shot across the bow – that we are absolutely looking at the manufacturers and retailers of this product,” said Daniel Salter, acting special agent in charge of the DEA’s Dallas office.

On June 5 a judge unsealed court documents alleging a chain of Dallas-area head shops sold a type of synthetic marijuana known as K2, or spice (known colloquially as bath salts). Federal prosecutors have already seized millions of dollars and are petitioning to take the stores and several other properties, including a historic theater in Fort Worth. There have been no arrests in connection with the court filings, though Jerry Shults and his daughters were named in the documents. Shults owns The Gas Pipe chain of head shops.

DEA Turns Up the Heat on Synthetic Weed

Though it spends far more time, manpower, and money targeting people who use, make, and sell real cannabis, the DEA has taken an increasingly aggressive approach to synthetic weed in recent years.

The drug has been on the agency’s radar for several years. The DEA acted independently to prohibit certain formulations of the drug starting in 2010. Two years later, Congress formally banned several common synthetic cannabinoids.

Solid empirical evidence about synthetic weed and its effects is hard to come by, but it has been blamed in a rash of overdoses across the country, as well as a number of deaths. It has also been incorrectly linked to other cases, including the Miami man who attacked another man and ate his face.

The drug can cause a host of negative side effects, including rapid heartbeat, high blood pressure, nausea, agitation, and hallucination. The risk for psychosis is high, and seizures and heart attacks are possible.

One of the main reasons it’s so hard to lock down the likely effects of K2 on a given user is that its chemical composition keeps changing.

That’s because controlled substances in the United States are listed on a multi-tiered schedule. Synthetic cannabinoids are included in schedule 1, the most dangerous drugs believed to have the greatest potential for addiction and the least potential for medical benefit.

Lawmakers must be specific when they place a substance on the controlled substances list. “Synthetic marijuana” is far too vague to enforce, so the law only applies to specific chemical formulations.

That means a minor chemical tweak to an otherwise illegal substance can render it perfectly legal. That, at least, is the idea. So sellers will often tinker with K2 or other synthetic cannabinoids, mixing various chemicals until they produce an intoxicating drug that won’t land them in prison.

DEA Cracks Down on Synthetic Cannabis in Texas In Texas, prosecutors allege a man named Lawrence Shahwan made and sold spice to area head shops. He was arrested and faces unrelated marijuana distribution charges. In September 2013, Shahwan agreed to enter into an exclusive business arrangement with The Gas Pipe, making the chain his only customer, prosecutors allege.

Shahwan was constantly altering the chemistry of spice, authorities said.

“These aren’t scientists,” Salter said. “These are people in a garage or some type of warehouse. The way they determine if this is good is they smoke it and if they get the high that they want, then they say, ‘OK, we’re here,’ and they package it and sell it. If they don’t, they add more.”