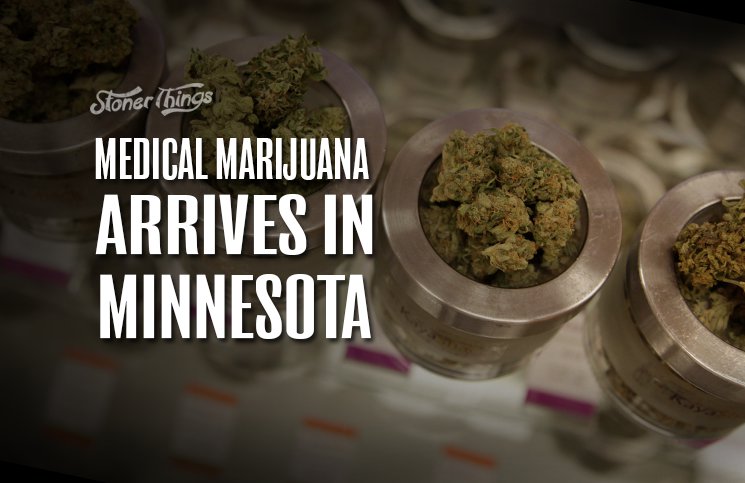 Suffering Minnesotans finally have access to the medicine that could alleviate their pain and even save their lives. Medical marijuana became legal for patients in Minnesota July 1, the same day Oregon formally legalized weed. But the program may not prove as effective as its backers hoped.

That’s because patients are barred from smoking cannabis. Instead, they must vaporize it, use a tincture that could contain alcohol, or take ineffective THC pills. Until pot users have access to smokeable plant, some patients may get little relief.

Still, many more patients stand to benefit from the new MMJ regime. With dispensaries opening across the state, patients with doctors’ recommendations will be able to buy, possess, and use medical cannabis.

Resistance to the idea remains deeply entrenched in Minnesota. The state’s largest pyshician’s group opposes MMJ and insists, despite mounting evidence to the contrary, that the drug is dangerous and has no legitimate medical applications.

The medical community in Minnesota is unusually old, unusually white, and unusually conservative – not only on healthcare issues but on politics generally. Patients may have a hard time finding doctors willing to consider the upside of weed as medicine.

Gov. Mark Dayton, a Democrat, initially tried to stop MMJ, urging lawmakers not to legalize the drug for medicinal use. They did it anyway, and he reluctantly signed the law last year. In the months since, support for the program has only grown.

Step in the right direction

Certain regulations have already been loosened, holding open the door to a more inclusive list of qualifying conditions. Cancer, HIV/AIDS, and multiple sclerosis are currently covered, along with other diseases, but most health conditions are not. It’s also possible lawmakers could remove the prohibition on toking.

But for now, limits on the program could lead to high prices and long lines. And there will be few dispensaries, so many patients may have to drive long distances to buy their medicine. Even so, adovcates said the program is a step in the right direction.

“The door is opening,” said Bob Cappechi of the Marijuana Policy Project. “This will start helping people out. That’s really what this is all about.”

Minnesota’s medical cannabis laws are widely considered more restrictive than any other state with “whole plant” MMJ, though New York also bars patients from smoking marijuana. Whole plant laws allow the medical use of any chemical provided by the pot plant, while so-called “CBD” laws only allow patients to use cannabidiol preparations, also known as CBD oil.

In addition to the 23 states that currently permit whole plant cannabis, another 15 limit patients to CBD oil. CBD, used primarily to treat epileptic children, is non-intoxicating, unlike weed that contains THC.

The lack of THC has made CBD highly appealing to conservative politicians who want to help patients but oppose whole plant MMJ. Dayton ultimately signed the state’s law in large part because of a push by parents with epileptic children seeking access to CBD. Though he wanted to limit the program to CBD, Democratic lawmakers prevailed and passed a full medical weed law.