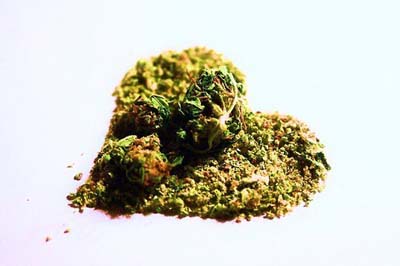 Ever since Colorado voters legalized weed in the 2012 election, people on both sides of the issue have been waiting for the backlash.

Surely, by now, something must have gone wrong. Attitudes in Colorado must have flipped, even if temporarily, in response to realities on the ground.

Actually, no. A new poll shows there has been little if any negative reaction to the arrival of legal pot in the Centennial State. In fact, in the two months marijuana has been on sale in retail stores, support for legalization has increased slightly.

The survey by Public Policy Polling showed 57 percent of voters in Colorado think cannabis should remain legal. Just 35 percent think it should be illegal again, according to the poll.

By contrast, only 53 percent of voters supported legal weed in December, a month before recreational pot stores opened across the state. Thirty-eight percent opposed it at the time. Amendment 64, the initiative that legalized marijuana in Colorado, passed in November 2012 with 55.3 percent of the vote versus 44.7 who voted against it.

“It’s obvious that as people see the concrete benefits of legalizing marijuana with their own eyes, support will continue to go up,” said Tom Angell of the Marijuana Majority. “A convincing majority of Colorado voters opted to end prohibition on Election Day in 2012, and now that real jobs and real tax revenue are being created, it makes sense that more and more people who were previously skeptical are starting to get on board.” The poll also found an interesting divide: Just 6 percent of those who responded to the poll by phone said they had used weed since it had gone on sale legally, while 17 percent who responded by Internet said the same thing.

Another poll conducted in February, this time by Quinnipiac University, found similar support for legal pot. In that survey, 58 percent of Colorado voters said they favor legalization. But slightly more than half said they felt it has hurt the state’s reputation.

The broad support has translated into big spending. The legal marijuana industry pulled in $14 million in sales in January, according to state figures. That produced more than $2 million in tax revenue for the State of Colorado.