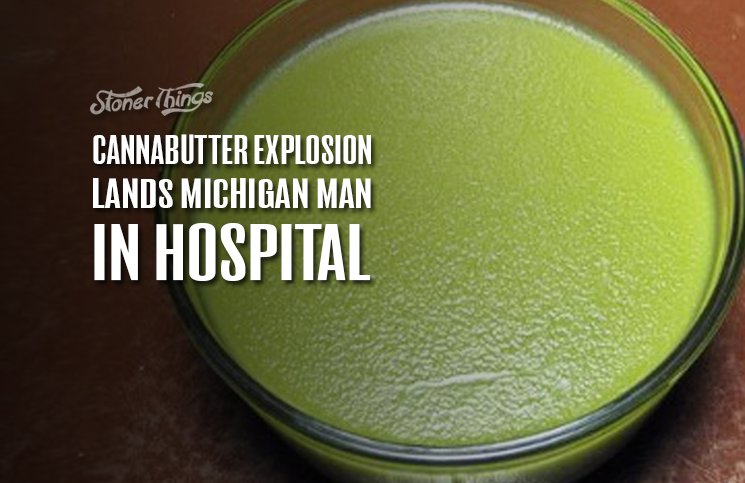 It has become a regular story by now: Some pothead idiot decides to cook up a batch of high-purity hash oil and proceeds to blow his house up. If he’s lucky he ends up in the hospital. If not, a few other people end up in the morgue. What’s surprising is that we haven’t seen a good exploding hash oil house in a long time. Maybe stoners are learning their lessons. Or maybe these things have become so routine the news media no longer pay attention to them.

In any event, the drought has ended. In November, a Michigan man was trying to make cannabis butter with butane when the explosive gas ignited, torching his apartment and severely burning him.

Butane is commonly used to extract hash oil from marijuana flower. It acts as a solvent, stripping the THC-heavy oil off the plant. The butane is then allowed to evaporate over several hours or is “boiled” off using a hot water bath. The man was apparently extracting oil and then cooking it into butter.

The fire broke out in his bathroom, police said. It burned only his apartment, but several other residents were evacuated out of fears a portion of the building could collapse. The man suffered severe burns over half of his body, including his mouth, police said.

Investigators with the Rockford, Mich., Department of Public Safety determined the man used butane extraction inside his apartment and then lit a cigarette. This form of hash oil production is extremely dangerous and is only recommended for open outdoor spaces with ample ventilation. Extraction should never be done indoors or near any source of ignition – even an unseen pilot light could trigger an explosion. Initially, inspectors in Rockford said they expected to find extensive damage to the apartment building, which includes eight units. But a later inspection found the building is sound, and evacuated residents were able to return to their homes. According to press reports, the building houses mostly low-income families.

The lesson in this case is pretty clear: Don’t make hash oil with butane. Unless you’re an expert, the risks are just too high. There have even been reports of workers injured by outdoor explosions while extracting oil. There are other ways to extract THC, and while some of them are also dangerous, nothing is as hazardous as butane extraction.

Explosions are well chronicled. Last year there were more than three in Colorado alone. Another Rockford apartment exploded that year, heavily damaging the building and displacing residents. Firefighters in that case discovered evidence of extraction, including empty butane cans, marijuana grow equipment, and a small amount of cannabis that survived the blaze.