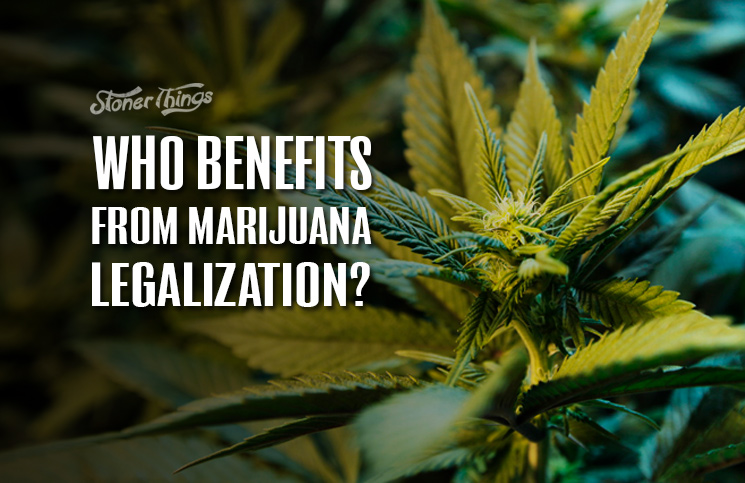 Marijuana reform is a great thing, and it stands to benefit many people. But some will end up winning more than others at the end of the day. So who will come out furthest ahead? It should be said, first, that nationwide legalization is all but certain at this point. It may take a while to reach the more conservative states, but it will eventually reach every corner of the United States – North America, even.

For proof, look no further than recent developments before the U.S. Supreme Court. In a brief filed in December, a lawyer for the Obama administration argued that the court should dismiss a recent lawsuit that Oklahoma and Nebraska filed against Colorado.

The suit seeks to stop legalization in that state by claiming legal marijuana is flowing across state lines into Nebraska and Oklahoma. If successful, it would force the closure of every legal pot shop in Colorado. But the government argued that the court doesn’t have jurisdiction to hear the case. Many legal experts agree.

In other words, it’s clear which side is winning the battle over cannabis legalization. But it’s less clear who benefits from the coming victories. So who does?

Police and prosecutors, for one. These are typically the most vehement opponents of reform, but they have a lot to gain. Petty marijuana laws are typically a drain on manpower and resources, and ending those prohibitions will free up cops and prosecutors to go after the crimes that really matter to them (and us).

Politicians will benefit, too. John Hickenlooper’s experience is a good example. Hickenlooper, the popular governor of Colorado, initially opposed legalization. He fought it at the polls and warned it was a bad idea. But once it passed, he became the new law’s biggest champion. He was widely credited with turning legalization into a success – a success that helped his political fortunes.

Scientists also benefit from change. This includes doctors, many of who are searching desperately for alternatives to deadly opiate painkillers. It also includes the researchers who study the marijuana plant, its many pros, and its occasional cons. They all will have an easier time doing their jobs once the drug is legal everywhere.

There are also plenty of people in the cannabis reform movement who will benefit. Groups like the Marijuana Policy Project and NORML could go mainstream and pump untold millions into the continuing politics of legalization. There are also countless local non-profits that provide the bulk of the volunteer force pushing to put the issue on statewide ballots.

Medical marijuana patients benefit most of all

But there are three groups who stand to win above all others. The first are the millions of medical marijuana patients who must obtain their medicine through convoluted programs and seedy dispensaries. When legalization spreads from coast to coast, we may be able to buy our cannabis at the local drug store, just like a refill of Xanax.

The second group is the nascent marijuana industry. Legal growers, processors, and retailers stand to make huge profits off the drug, and much of that money will in turn benefit taxpayers.

The third group is America’s recreational potheads. Whether part-time tokers or daily users, we will no longer have to fear jail, fines, and a permanent criminal record. We will not have to pay as much for our marijuana. And we will be able to buy our drugs out in the open, honestly.

Of course, in the end, everyone benefits from legalization. Violence will drop. Crime will drop. Highway fatalities will drop. Lives will no longer be destroyed by an overzealous criminal justice system. Most important, every adult will have access to the world’s best drug.