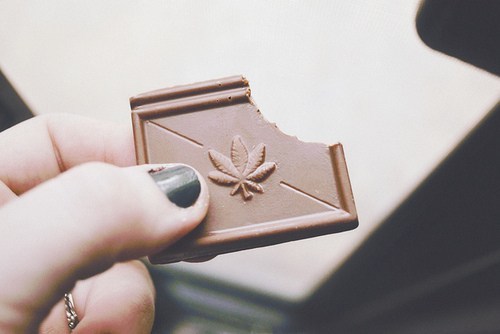 By now, you may have read about the studies into the medicinal effects of marijuana. Although the pharmaceutical value of the drug remains in contention throughout much of the world, there are promising indications of its potential for the treatment of a wide variety of diseases and health conditions. is that the primary means of ingestion – smoking – entails serious health risks of its own. For patients afflicted with such conditions, smoking marijuana increases the risk of infections and bronchial problems with potentially disastrous consequences. For such patients, alternative means of delivery such as oral ingestion may be a safer alternative.

There are a number of basic principles that should be kept in mind when preparing marijuana-laced edibles. One of the most important things to remember is that the primary active ingredient in marijuana – THC – is fat-soluble. This means that the plant will have to be cooked in fat in order for you to get the maximum effect from your edibles. This is also why brewing the buds, leaves, and stems in water in order to make a tea is much less effective than it would seem. In order to get the maximum effect from your weed when you eat it, it is necessary to heat it up in butter, milk, oil, or other foods that contain plenty of fat.

Keep in mind that THC will also evaporate if too much heat is applied and for too long. In fact, one of the reasons why smoking is less effective than it would seem is that as much as 70% of the THC is actually burned up and lost during smoking. You really only have to heat up marijuana in butter or some other form of fat for a maximum of ten minutes or so, and only on the lowest heat setting on your stove, in order to get the maximum results from your weed.

Perhaps the most important thing to keep in mind about marijuana edibles is that they can be very potent, and the effects can be very long-lasting. Those new to the edibles experience would do well to go easy at first and only ingest a small dose of whatever food contains marijuana. Try starting out with a little more than what you would normally smoke in order to get the desired effect. If you are accustomed to smoking a bowl, for instance, try using only that amount in your food. As you get used to the effects and can better predict how it will affect you, you can try increasing the amount of marijuana that you place in your food.

Finally, learn how to make cannabis butter. Because butter is used in so many dishes, having a supply ready will greatly reduce your preparation time. With a supply of good cannabis butter at hand, preparing cannabis edibles shouldn’t take any longer than it would take you to prepare any other kind of food.